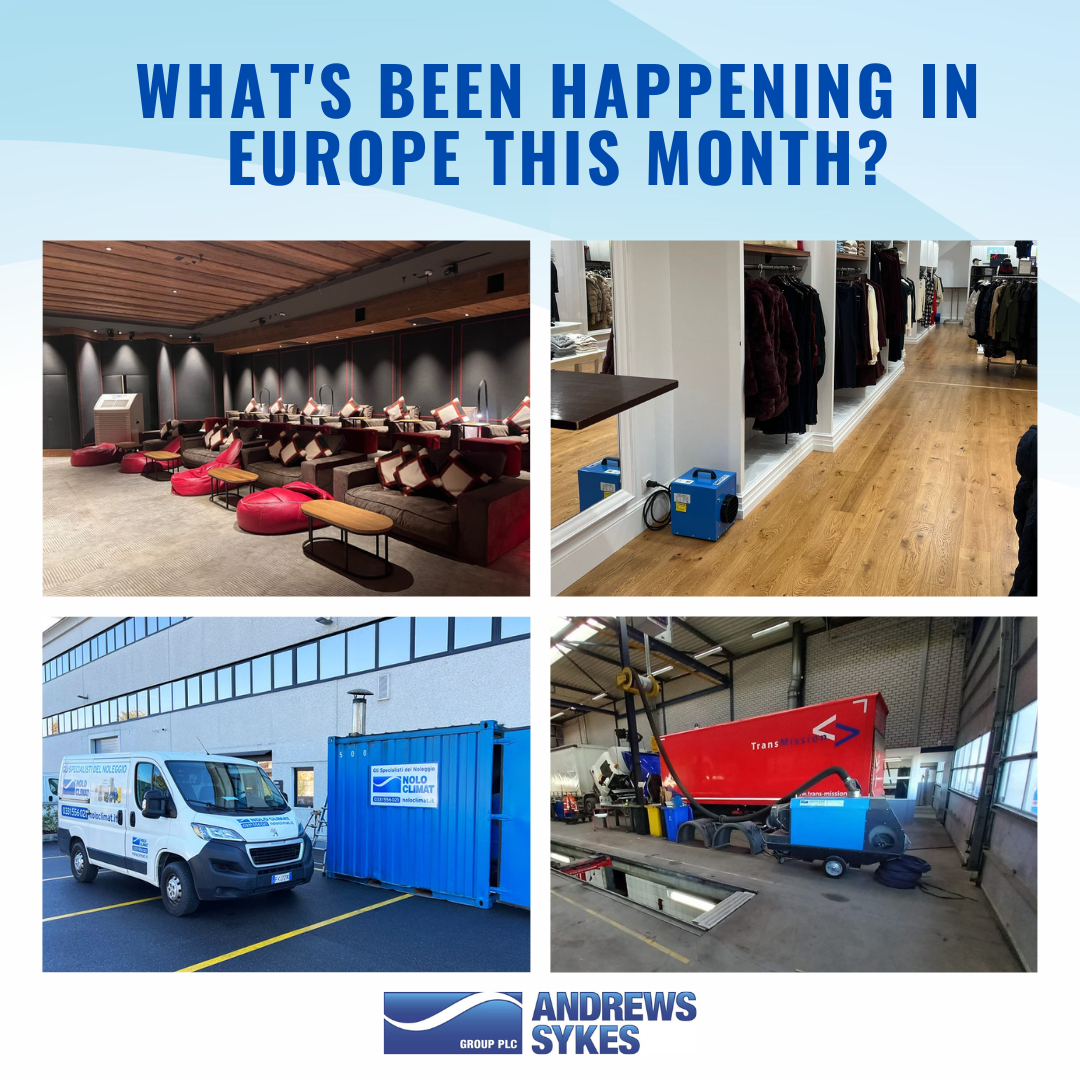 We knew last month had been a good one, but it has since come to light that it was our best December on record from a revenue perspective! Britain experienced snowfall, ice and bitter temperatures – and it’s fair to say our clients were cold. Although we didn’t have a choice in the weather, our loyal customers chose us to provide temporary heating units. We’ve always made it our target to provide a high level of service and deliver during sleet, snow, or shine, and that’s exactly what we did!

Our Italian branch, Nolo Climat, has been equally busy. Our celebrated engineers received a call from a production and marketing company following an emergency boiler breakdown, and our reaction was immediate. A replacement unit was needed on a short-term basis, with the requirement deemed immediate.

The organisation in question turned to our colleagues in Italy as soon as it became clear that their original boiler was beyond repair, so we arranged for an alternative to be delivered less than 24 hours later. As a result, conditions within the building were quickly restored, with an adequate source of heating available to keep staff warm on site. Not the first time Nolo Climat has saved the day for a stricken client, and we’re sure it won’t be the last. Good work, team!

Heading northwards now, and our friends in the Netherlands were made aware of an issue involving a garage where fuel was being stored. The site’s existing heating system had failed unexpectedly, and that’s where Andrews Sykes Klimaatverhuur came in.

Speed of response was very much the order of the day, and that was made clear from the outset. Fortunately, that’s never a problem as far as we’re concerned! Fittingly, our Dutch counterparts recommended a number of indirect fired oil units – which just so happen to be our featured product of the month for January – and they did exactly what was expected of them. We don’t just pay lip service to having an emergency service guarantee, and that was conclusively proved once again!

In Switzerland, a five-star hotel discovered a devastating air conditioning fault at the most inconvenient time – in the build-up to a highly anticipated New Year’s Eve party. Without hesitation, the manager called Climat Location confident in the knowledge that a solution could be proposed via our depot in Gland. Not every specialist hire company operates during the festive period, but we, of course, do!

Unsurprisingly, our team sympathised with the situation. Our technician headed to site with a single objective: to salvage the event and ensure that guests could enter 2023 without the fallout of an unwelcome climate control malfunction. Mission accomplished!

Concluding our summary with France, it would seem that our contemporaries in la République have followed in the footsteps of Nolo Climat by assisting the fashion industry. On this occasion, a well-known American fashion brand sought some temporary heating at one of their flagship retail stores – and who better to provide them? The requirement saw our client extend an existing contract with us, which we take as a positive indicator that they continue to be happy with our solution!

As a group, we are glad that moving into 2023, our customers are prolonging agreements and providing positive feedback about our services. We are excited about the possibilities the new year holds and look forward to developing stronger relationships with our clients, customers and partners worldwide.