Like all businesses, we take repeat custom as a good sign – and we’re always delighted when a satisfied client chooses to return to us again when the need dictates.

Back in 2015, we were contacted by a cloud technology service provider after their data centre’s cooling equipment went down unexpectedly. On that occasion, they were looking for some temporary ventilation to operate alongside some of our portable air conditioning units.

With the requirement urgent and the majority of our FV fans on hire at the time, we were able to improvise almost effortlessly to supply four PAC 22 units and an FH185 heater, which was utilised to great effect on the fan-only mode. 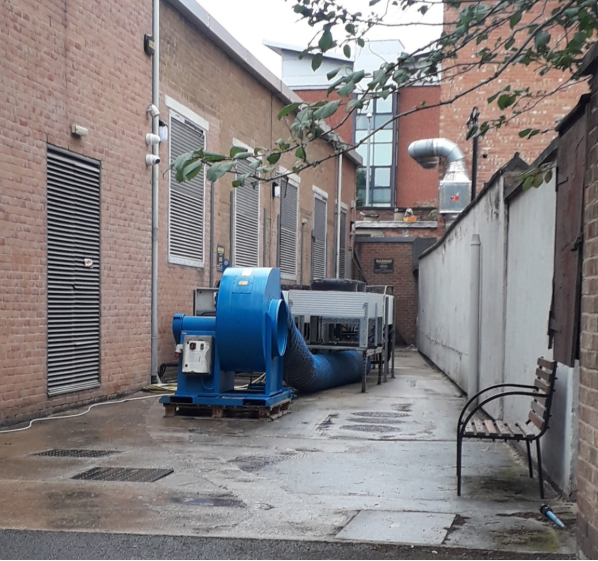 A quick turnaround time was cited as being imperative, so our engineers thought on their feet to deliver a practical solution involving units that were most accessible from our depot situated nearest to the site, in Nottingham.

Fast forward seven years and the client’s positive recollection of our response back then prompted them to get back in touch with us when a similar issue arose this summer.

This time, the FH185 was replaced by a purpose-built FV900 fan which was used to blow cold air under the external condenser racks of downflow units based at the location.

As was previously the case, a combination of ventilation and cooling successfully tackled a problematic build-up of heat – to the delight of the customer. Our units were retained on hire for a month, by which time ambient temperatures had dropped off significantly to the point that an outage was no longer a serious concern.