Talking about the weather is by no means a pastime confined to the British Isles. However, we do tend to see it as a birthright, an essential cornerstone for any conversation where each participant isn’t sure other the other person’s name or if they have nothing in common. But, who really chews the most fat about the weather and, do their complaints match up with the facts, or are we all just full of hot air?

In order to answer this question we once again fine-tuned the dials of our social media-monitoring tool in order to discover Britain’s biggest weather whingers.

As the clocks go back and the temperature drops, the nation digs into the back of cupboards, lofts and stuffed suitcases for jumpers, hoodies, thermals and blankets. Although the weather is practically balmy compared with other European nations (in Finland temperatures regularly drop below -20 degrees) it doesn’t stop the British public from airing their grievances across social media.

We analysed over 139,000 social media posts over winter 2016, related to complaints around temperature and there were few positive sentiments towards the changing of the seasons. 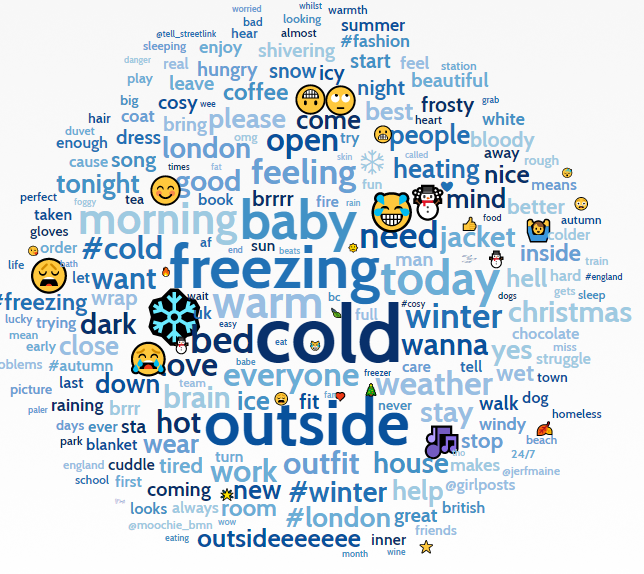 Data taken from the Met Office website tells us that temperatures on average over winter rarely drop below 8 degrees Celsius in southern England. Wales and the North West can see temperatures drop to as low as 4/5 degrees whilst the North East sees temperatures average out at around 3/4 degrees.

It’s only in the highlands and islands of Scotland do we really start to see some startling numbers that average out around below zero – but how does this data stand up next to our complaints map? 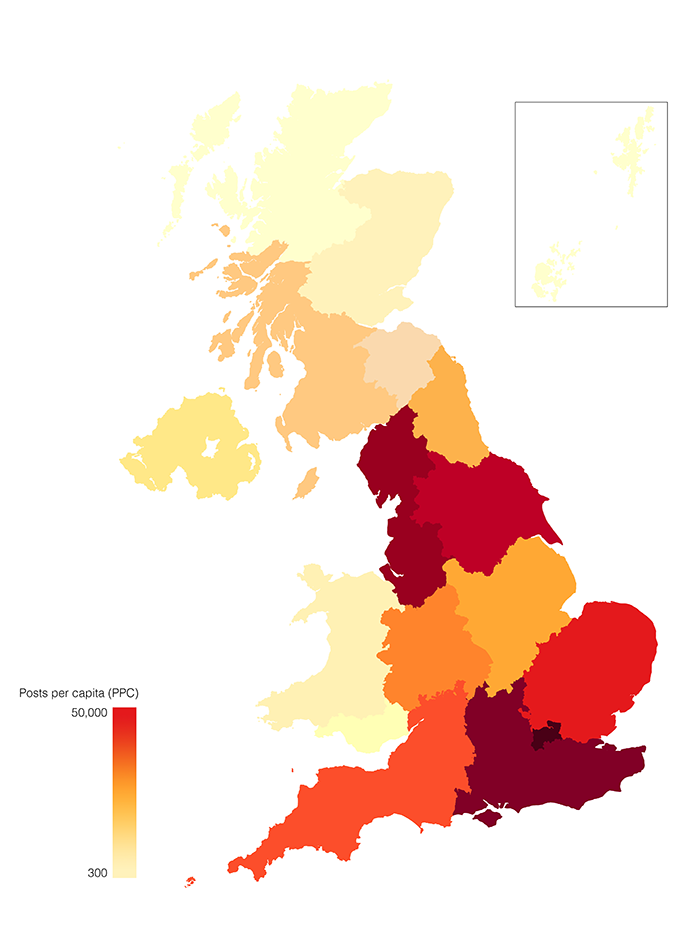 What this says about the traditional stiff upper lip of the hardy northerner is up for debate, particularly as the both areas see average temperatures only fall to seven or eight degrees – hardly bone chilling stuff guys. The Welsh can hold their heads high though, despite suffering temperatures between four and five degrees they only make up around 3% of all complaints recorded.

Whether it’s spitting, sideways, a full on storm or that thin veil that soaks you within seconds, the British isles in no stranger to wet weather. Complaining about the rain is nothing new either and it’s unsurprising that this segment of our research made up the largest data set within our research. Over the course of winter 2016, with over 800,000 posts mentioning rain in Great Britain 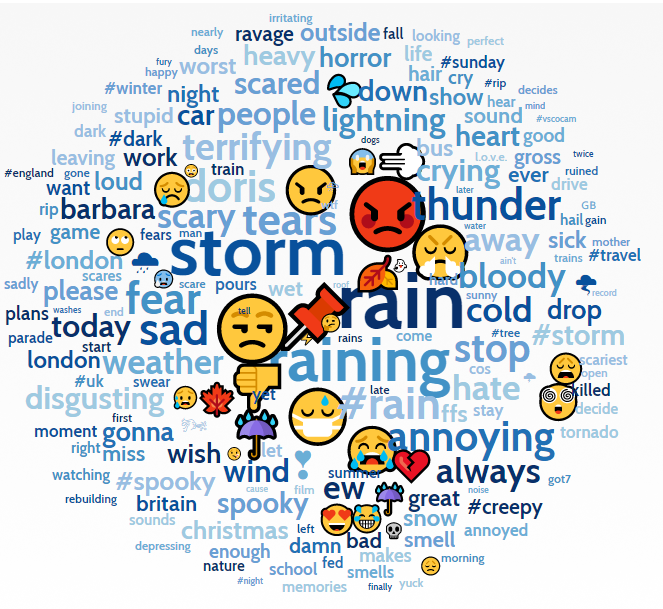 From the word cloud above we can deduce the most popular topics within the complaints on social media around rainfall. Storms figure heavily here, with storms Barbara and Doris battering the country and disrupted commutes across the British Isles.

Data from the Met office tells us that during the winter 2016, the south saw only a quarter of the average rainfall it was expected during the month of December while over England and Wales rainfall was below average for the majority of the winter. On average, the south and south east of England sees around 20o to 250 mm worth of rain each winter. Whereas the Eastern coast, Wales and the North West is soaked with an average of 500 to 600 mm.

Scotland and in particular the north east of the region bears the brunt of the wet weather though, receiving on average around 800 mm of rain over the course of the winter. Our complaint map though, shows an entirely different story. 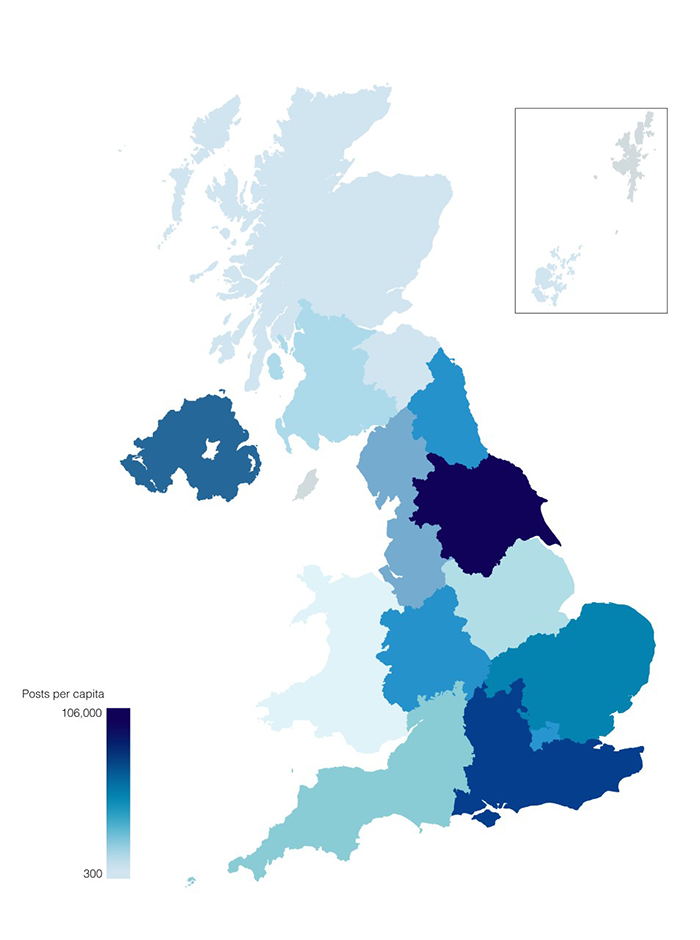 The vast majority of Scotland seem to enjoy mucking around in puddles and splashing about in the rain despite seeing so much of it and make up only 2% of complaints about the rain over the course of winter 2016. Yorkshire and Humberside make up the largest moaners with 17% of all complaints about rain originating from this area of the UK, followed by the south east and eastern areas of the UK – this despite seeing well below average rainfall.

When’s the right time to turn the heating on? Combi boilers across the UK are the subject of arguments across the during wintertime. Are you deeply opposed to lighting the boiler until you can see your own breath in the living room, maybe you tough it out in front of the TV with a couple of jumpers? Or maybe you crank the thermostat up as soon as summer ends and the leaves start to turn?

Either way, we found debate about when to turn the heating on a hot topic on social media over the course of winter 2016, with 5,614 posts related to the subject. 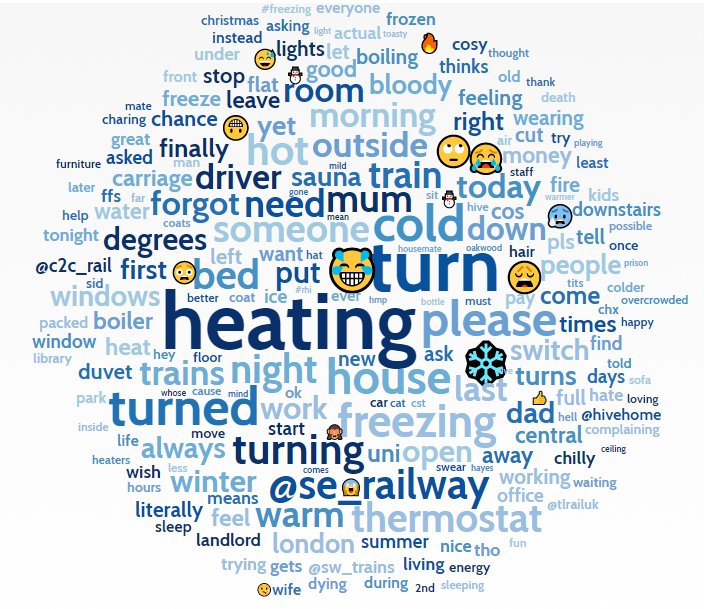 An obvious hot topic within the home, the power play between warring factions of a household are clearly evident. ’Mum’, ‘dad’, ‘wife’ and ‘kids’ all feature here with users venting over the details of whether to turn the heating off or on. ‘Money’ features highly here too as well as ‘landlord’ showing the trials and tribulations of this decision in terms of affordability.

Also featuring on the most used phrases are multiple train companies such as C2C Rail and South Eastern rail. Looking further at each of the interactions around these key phrases, we find that not only does this argument occur in the home, but on public transport too. 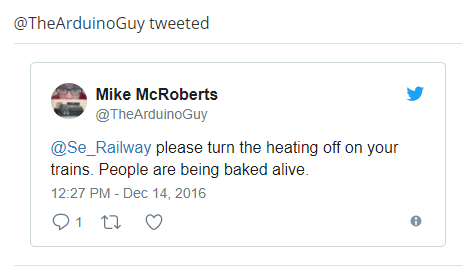 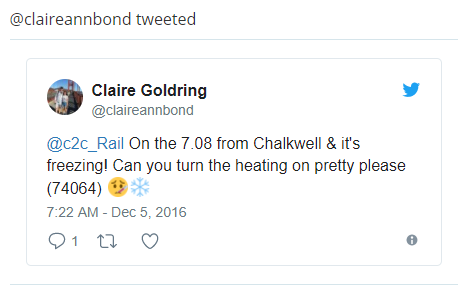 So it’s not just at home that this topic becomes a point of contention.

From the heat map below, we can see that Londoners are the most likely to be outraged about touching the thermostat when the cold starts to bite. They make up a huge 32% of all conversations on whether to turn the heating on or off. This is followed by the North West who make up 7% of all conversation on this subject. Looking closer at the data we find that the city of Manchester alone makes up two thirds of the conversation within the North West. 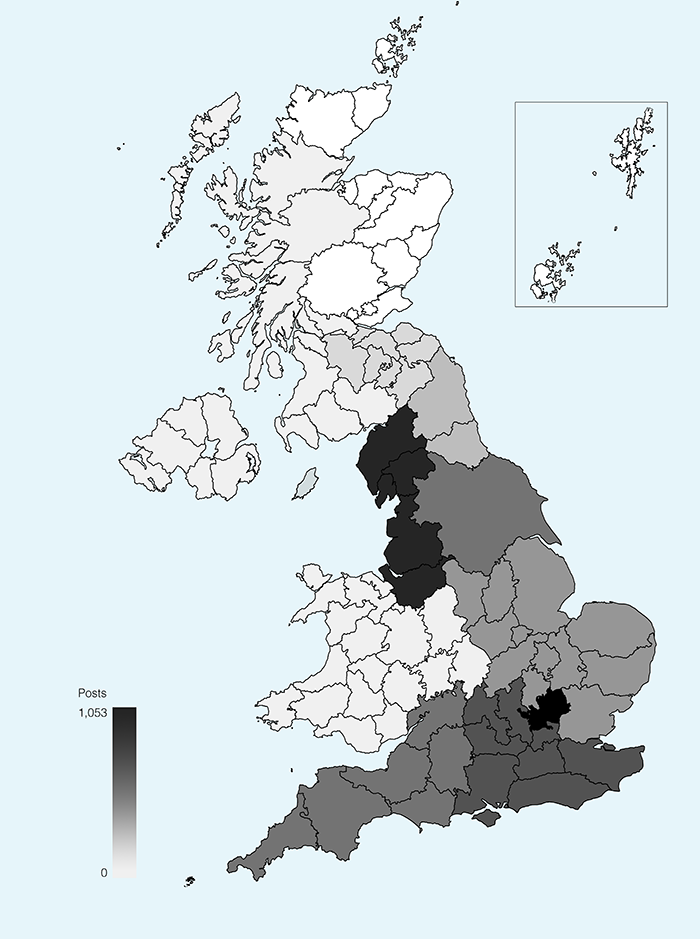