When Sykes Pumps and Ebbsfleet United FC entered into a commercial agreement back in 2013, few could have envisaged the scale of transformation that would touch the Fleet and indeed the local area in which both parties operate.

Almost precisely five years ago, the club embarked on a second successive season in what was then known as the Conference South having narrowly missed out on promotion a few months previously.

At around that time, plans to build a £3.5billion Disney-style theme park on Swanscombe Peninsula moved a step closer after being granted government status in the summer of 2014. The 535-acre site is situated less than two miles from the Kuflink Stadium – where Ebbsfleet play their home games – and will become one of the largest theme entertainment resorts in Europe once completed. 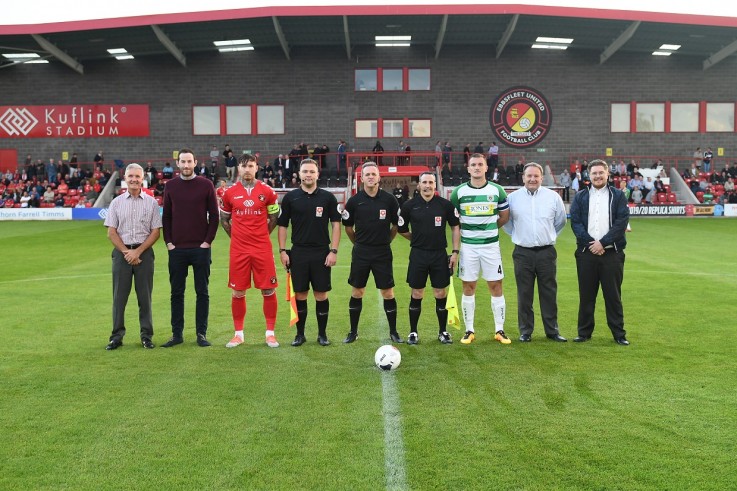 The changing north Kent landscape is also exemplified by the Ebbsfleet Garden City project, which will see the construction of 15,000 new homes and create more than 30,000 jobs. Sykes Pumps has worked closely with developers to remove groundwater from quarries and surrounding locations where building work has been scheduled. The current site of regeneration is just a stone’s throw away from Bluewater Shopping Centre, which Sykes was heavily involved with during the late 1990s.

It’s fair to say that Ebbsfleet’s progress as a football club has been synonymous with developments in the local area, including improvements to their stadium on Stonebridge Road. Once again, Sykes Pumps had a crucial role to play and installed two pump stations on site – one for tackling surface water and rain, and the other for transporting sewage and wastewater into the underground sewer system.

Our close association with the football club also saw us provide a pitch irrigation pumping solution to ensure the quality of the playing surface met the desired high standards.

Sykes Pumps branding is displayed on both dugouts as well as advertising hoardings around the ground, and the company will sponsor a number of home matches as the 2019/20 campaign unfolds. 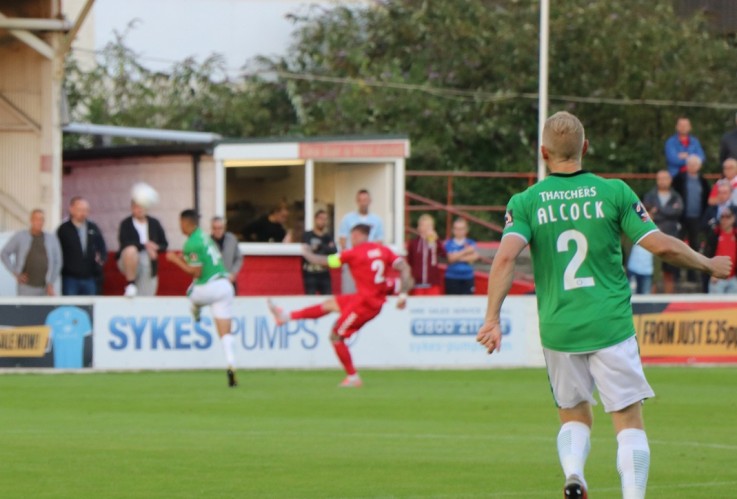 The Sykes name is understandably regarded as the primary link between company and football club, but that’s not where our partnership ends. We also implemented a market-leading heat recovery VRV (variant refrigerant volume) air conditioning solution which features the industry’s most energy efficient heat pump technology. Five independent systems were installed to operate in any independent mode, with a capability of providing cooling to one area while simultaneously delivering heating elsewhere.

In less than a decade, the steps Ebbsfleet have made both infrastructurally and on the field have been remarkable – and we look forward to this continuing.

For many years, our customers and staff have enjoyed witnessing the action from close quarters and developing an affinity with the team itself. Indeed, a significant proportion of employees working at our Charlton depot live in Dartford and the surrounding areas, so there’s very much a community feel ingrained in our relationship with the club.

Following the announcement of our commercial partnership extension with Ebbsfleet during the summer, managing director Dave Archer was quick to acknowledge the close ties between the Fleet and Sykes. 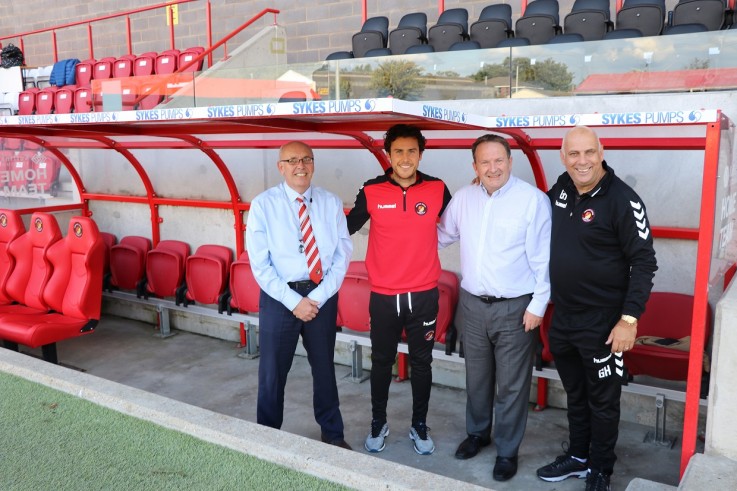 He said: “I have had the pleasure of working with Sykes Pumps and their fantastic team for many, many years and I am delighted that they have once again decided to continue their support.

“I look forward to working closely with them over the coming season and welcoming them back to the stadium on future matchdays.”

Our last trip to the Kuflink was the recent National League clash against division heavyweights Yeovil and allowed staff and guests the opportunity to get up close and personal with players and the management team.

Before the match, manager Garry Hill affirmed the importance of our partnership with the club and personally thanked Sykes for the continual backing.

In bygone eras, National League football might have been regarded as a low-key competition participated by semi-professionals, but the presence of Notts County, Hartlepool, Chesterfield, Wrexham and Yeovil only further highlights the tremendous strides Ebbsfleet have made to be mixing it with some of the lower leagues’ biggest names.

The level of ambition shown by Ebbsfleet’s hierarchy is commensurate with Sykes Pumps’ own desire to set and reach new objectives with each passing year, enabling the partnership to flourish naturally.

Paul Wood, managing director of Sykes Pumps, said: “We’re really pleased to commit to another commercial agreement with Ebbsfleet and continue developing an excellent relationship that has proved mutually beneficial for a number of years.”

In recent years, the rejuvenation of Swanscombe, Northfleet and neighbouring towns has gone hand in hand with evolution at the local football club. Tangible progress on the playing side has been mirrored by significant upgrades to the stadium and attendances being at their highest for more than half a century; and there’s more to come.

A £6billion construction of the mooted Lower Thames Crossing reinforces the potential of north Kent – potential that is more than matched by Ebbsfleet United.

And with widespread construction activity and additional housing developments scheduled along the Lower Thames belt, the next few years present Sykes Pumps with similar openings to thrive alongside the football club with which we are so closely connected.