Earlier in 2020, Andrews Air Conditioning was contacted by one of the world’s largest mass media companies to discuss a long-term project involving a complete overhaul of the cooling equipment in place at their London data centre. Our client operates a widely viewed television channel and was conscious that ageing air conditioning units within their server rooms had lost efficiency and suffered water leakages.

The broadcaster had drawn up plans to replace the entire cooling system with modern equipment and this was due to be installed over two separate phases. Following discussions back in January, our client had made adaptions to their premises that allowed Andrews units to be connected directly to their own ductwork. 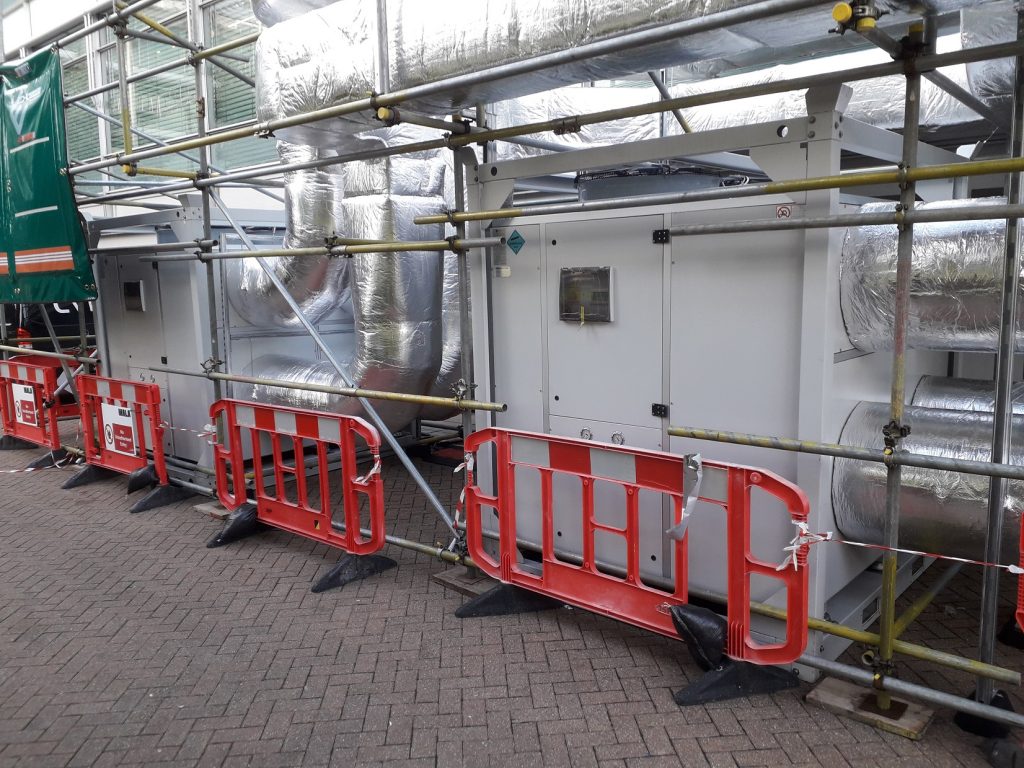 It was suggested at the time that two HPAC90 high performance air conditioning units would provide the necessary cooling duty, with these units delivered to site once the project was authorised to commence. This arrangement ensured that temperatures were kept within the desired threshold while the changeover was in process and provided a reliable back-up source of cooling should the customer encounter any issues with their newly installed kit.

Although the job is still in its infancy, the client has been vocal in praising the service of our engineers and the professionalism with which the air conditioning hire has been handled. The two units are set to remain on site for up to twelve months due to the anticipated timescale of the upgrade, which is due to be completed by autumn 2021.