A popular international retail chain opened another of its stores in Bristol last week, amidst much anticipation from those living nearby. Local news outlets reported that crowds of eager shoppers had assembled ahead of the grand opening – and we played our part in ensuring that all went according to plan!

The premises in question had previously been occupied by a well-known electronic hardware company and was thus significantly larger than most of our customer’s other stores in Bristol. Because of this, their internal HVAC system needed to be more powerful than those typically found in smaller outlets. 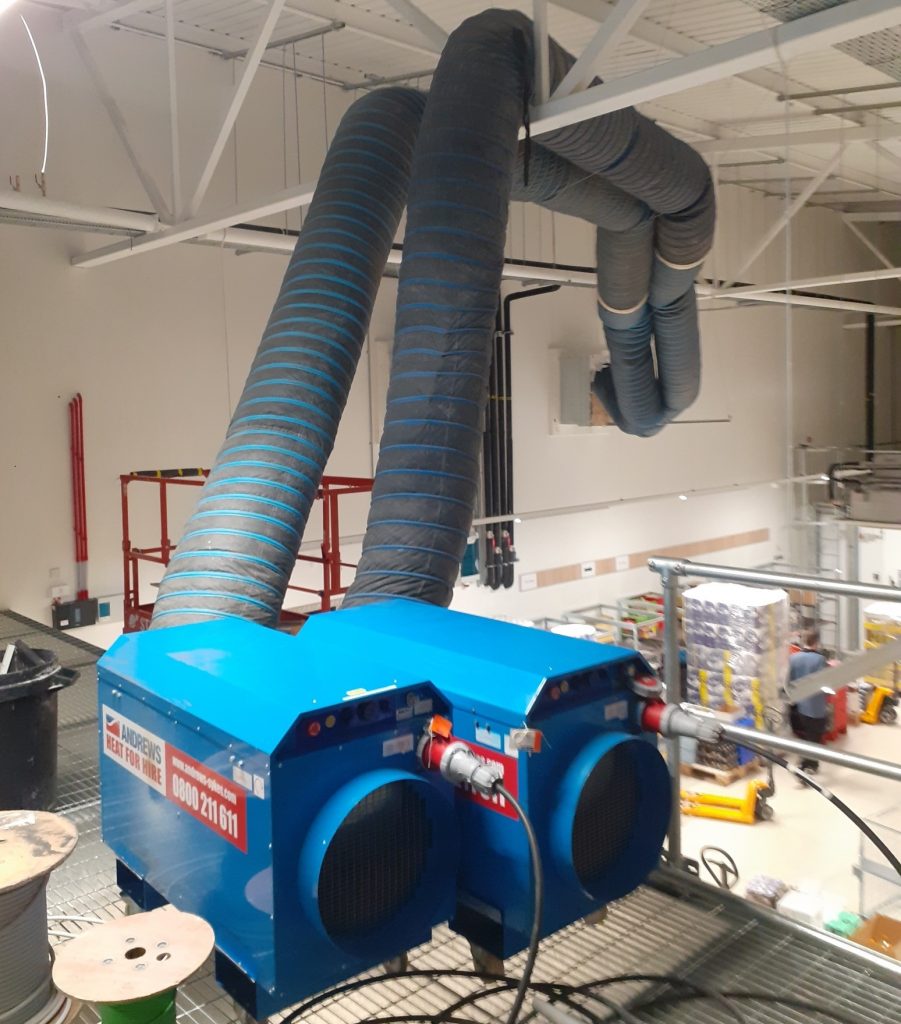 Unfortunately for our client, they were let down by their supplier, who had failed to provide centrifugal fans intended for use in conjunction with air handling units designed to deliver the necessary cooling or heating. This meant that their system was not configured to provide warmth and comfort to customers in its existing form, and thus some additional equipment was required.

With time against them and a source of climate control urgently needed, the store’s building services contractor turned to us knowing that we could devise a temporary solution almost instantly. Our Bristol-based expert was quickly on the scene and proposed the installation of two DE190 electric heaters, which were deployed in the stockroom and connected to the store’s internal air handling system via our ductwork.

This has so far proven to be a very effective stopgap, with our kit set to remain in operation for another two weeks.