We are situated just eight miles from the centre of London, making us perfectly positioned to reach any location in or around the capital. Our depot - which opened in 2012 - is just south of the Thames and a short walk from the world-renowned O2 Arena.

Our Charlton warehouse is the second largest in the country at a combined 107,000 square metres in total - with 70 members of staff working on the site. We have car parking available for both employees and customers, making it easy for you to collect hire equipment when required. We also have a broad fleet of delivery vehicles, allowing your order to be dispatched immediately.

We endeavour to understand customer needs, and are contactable 24 hours a day 365 days a year. Call us today on 0208 8588121 for further information on how we can assist your process.

How to find us

The simplest way to find us is by using the A2, accessed from the second junction of the M25. If you are heading south via the A1 or M1, go clockwise on the M25 towards the Dartford Crossing. Continue on the A206, then slight left onto Greenwich High Road for 0.8 miles, until College Approach. Take the first right onto King William Walk, then the first left onto Romney Road. Take a left onto Peartree Way, and then at the roundabout take the third exit onto Bugsby’s Way. After 150 yards turn right onto Peninsular Park Road; we are situated on your right hand side.

Our depot is a ten minute walk away from Charlton railway station following a simple route predominantly along Woolwich Road. The station itself is serviced by trains from central London on one platform and north/west Kent on the other.

The DLR connects East London with train lines in Greenwich and Lewisham where passengers can change for services to Charlton. The Jubilee Line underground station at North Greenwich is a five minute bus ride (132) from our depot, making us easily accessed regardless of your mode of transport.

Premier Docklands hotel - A highly-regarded guesthouse in the Docklands area sought a 750kW chiller after their on-site equipment failed unexpectedly.

Army quarters in Woolwich - An army barracks in Woolwich needed a temporary 250kW boiler unit to aid the completion of a biomass energy scheme.

Tower of London - A world-famous tourist attraction in Tower Hamlets is provided with ASF21 and ASF50 ventilation fans to ensure visitors are kept cool.

Flood prevention in Croydon - Torrential rain in Croydon meant an urgent deployment of diesel pumps was required to provide flood assistance to some 25,000 residents.

London Crossrail sites - We supplied a full spectrum of air treatment and ventilation systems to Crossrail sites across London, including Abbey Wood, Whitechapel and Northfleet.

Olympic Park in Stratford - We provided multiple air conditioning solutions during the 2012 Olympics in London, with athletes, supporters and the media all kept sufficiently cool while the competition was in progress.

Bluewater shopping centre in Dartford - Prior to the outlet’s completion in 1999, Andrews Sykes supplied high capacity pumps to drain the quarry in order to allow construction to commence. Heaters and dryers were also deployed on site to accelerate various other aspects of the building process.

Events company in Bloomsbury - A long-term client based in Camden required a six week hire of multiple heating units to ensure attendees and guests were sufficiently warm throughout the event’s duration.

02 Arena in Greenwich - Originally, we were called in to assist with the Millennium Dome’s construction in 1997. Problems arose when it transpired that the land was contaminated by toxic sludge from the East Greenwich Gas Works. We were on site for three years in total, using submersible pumps to neutralise the area and allow building to take place.

Sewage treatment works in Beckton - During a major project at the plant in East London, we provided the client with two pumps which remained on site during a long-term hire.

Art festival in Westminster - We have supplied an annual event - which takes place in North West London - with various boilers and heaters, while the festival is open to the public.

National Grid facility at the Isle of Grain - The client sought a number of pumps to be stationed on site in case of a fire. We delivered two silenced pumps which remained on standby with the sole purpose of containing possible gas leaks.

Building company in Camberwell - A construction firm sought on-site heating for a project in South London. We delivered and installed a single high capacity unit which remained on hire for several months. 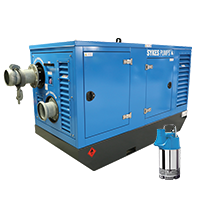 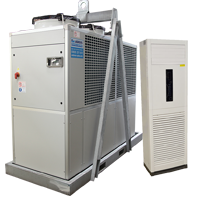 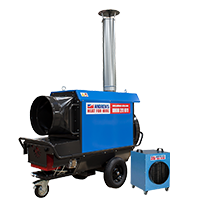 The widest selection of electric, oil and gas heaters available for hire 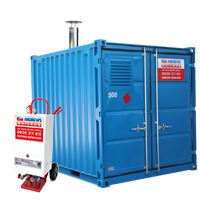 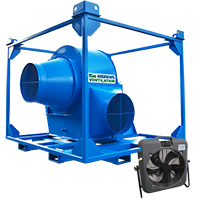 Ventilation, extraction and cooling fans with huge capacities of up to 38,000m³ 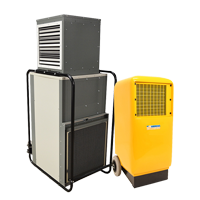 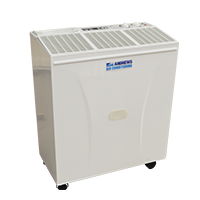 Compact and reliable, our portable humidifier units add moisture to an indoor application 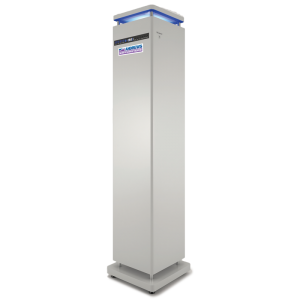