An emergency pumping requirement demands an instant response, particularly when the implications of inaction include members of the public being severely inconvenienced. This was the situation a revered construction company found themselves in after a burst water main in Thamesmead left a quiet residential area flooded.

The contractor was left to handle the project on behalf of Thames Water, with their desire to rectify the issue as soon as possible prompting them to contact Sykes Pumps. Having phoned our local depot in Charlton shortly after the problem was reported, it was evident that the client had an understanding of precisely which unit they were looking for to help remove the nuisance water on site. 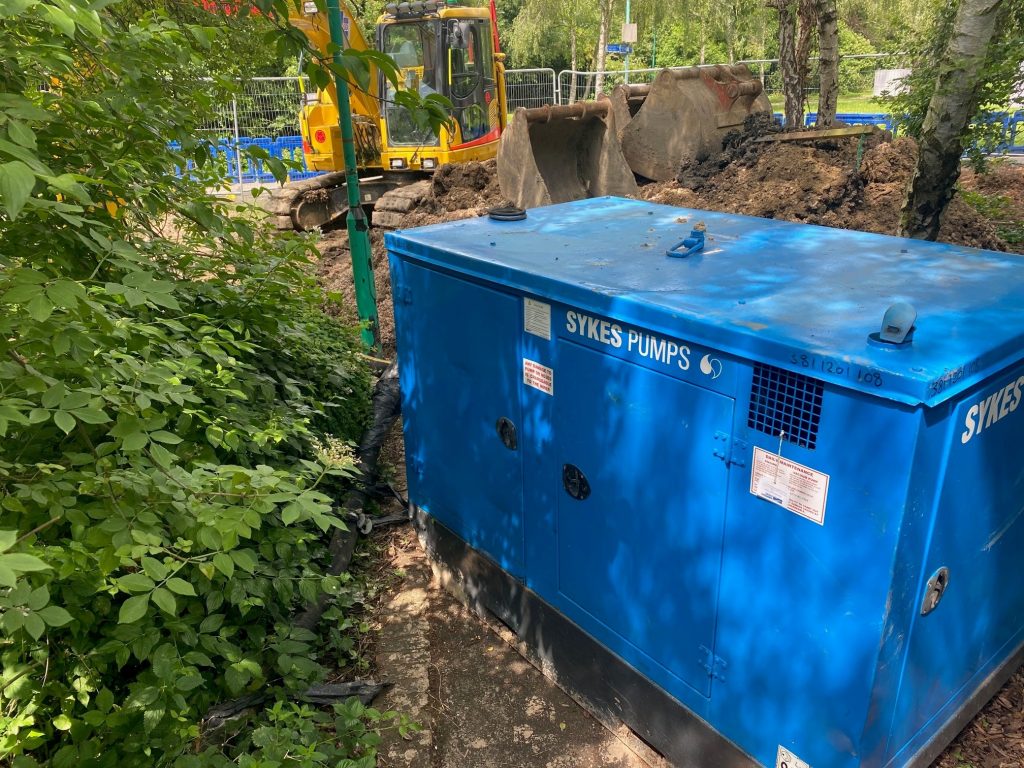 After using our services on previous occasions, the customer requested a single 4” Super Wispaset diesel pump along with 14 lengths of wire armoured hose. Although selecting the correct unit was fundamentally important, it was arguably just as essential that our engineers reacted swiftly to ensure the burst main was properly addressed.

We provided the client with a quotation out-of-hours on a weekday evening and had the kit on site in the early hours of the following day. Our transport team coordinated delivery of the pump, which was offloaded via HIAB a short distance away from where the ruptured pipe was located. By taking control of the situation, we were able to limit the impact felt by people living in the vicinity despite initial fears that the potential disruption could be far-reaching.