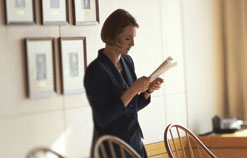 The principal activity of the Andrews Sykes group of companies is the hire, sale and installation of a range of equipment, including pumping, portable heating, air conditioning, drying and ventilation equipment. A review of the Group’s activities and an indication of likely future developments are set out in the Chairman’s Statement, the Strategic Report and the Directors’ Report on pages 2 to 23 of the 2018 Annual Report and Financial Statements which can be found in the Corporate Publications section.

Country of incorporation and main country of operation

The Company is registered in England, number 175912, and the main base of operations is the United Kingdom. The Group also operates in Northern Europe, primarily The Netherlands, Belgium, Italy, France and the United Arab Emirates.

Details of the Company's corporate governance procedures and committees can be found in the Corporate Governance section.

There are currently 42,174,359 ordinary shares of 1p each with voting rights in issue. The Company does not hold any shares in Treasury.

The only significant shareholder of which the company is aware is EOI Sykes Sarl which has a beneficial interest in 36,377,213 ordinary shares of 1p each (86.25% of the issued ordinary shares). EOI Sykes Sarl is ultimately controlled in equal proportions by two trusts, the Ariane Trust and the Eden Trust.

For the purposes of AIM Rule 26, the number of shares not in public hands is 38,076,593 (90.28% of the issued ordinary shares). There are no restrictions on the transfer of Andrews Sykes securities. The Company is quoted on the AIM market of the London Stock Exchange under the symbol ASY.L. The Company is not listed on any other exchanges of trading platforms.

Stamp duty and stamp duty reserve tax are not chargeable on transactions in the Company’s shares. The Company is subject to the UK City Code on Takeovers and Mergers.

Current and historic full year and half year financial statements and other corporate documentation can be found in the Corporate Publications section.

Notifications made through the RNS can be found in the Announcements section.

Mr Murray was appointed to the Board as Chairman, in May 1994, following his acquisition of a controlling shareholding in the Company. Mr Murray has had a long and successful business career, in particular by acquiring and improving the performance and profitability of companies, a number of which, like Andrews Sykes, were in the industrial services sector.

Mr Murray also has a majority interest in, and is non-executive chairman of, London Security plc, a company with its shares admitted to trading on the AIM Market of the London Stock Exchange.

Jean-Jacques Murray is the son of Jacques Gaston Murray. He was appointed to the Board as a Non-Executive Director in December 1994 and became Vice-Chairman in February 2007. Mr Murray leads the Board and is responsible for setting its agenda, defines its approach to corporate governance and ensures its effectiveness, he is also Chairman of the Boards remuneration committee.

Mr Murray graduated with a BA in Finance from Los Angeles Pepperdine University in 1988 and obtained his Masters Degree in 1990. He is non-executive vice chairman of London Security plc, Nu-Swift Ltd, and Ansul S.A.

Paul Wood was appointed as Operations Director in March 2006 and became Managing Director in December 2006. Mr Wood is a hire industry specialist and has spent his entire career at Andrews Sykes, joining the Company in 1978. He is responsible for all Group operational matters and the implementation of the Company’s strategy as approved by the Board.

Marie-Claire Leon was appointed to the Board as a Non-Executive Director in February 2007. She has served as an assistant to Jacques Gaston Murray since 1999 and is responsible for overseeing various projects around the world on his behalf.

Ms Leon graduated from California State University in 1988 with a Bachelor degree in Business Administration, with a particular focus on Marketing Management, New Venture and Small Business Management. Ms. Leon is also a non-executive director of London Security Plc.

Xavier Mignolet was appointed to the Board as a Non-Executive Director in February 2007.

Mr Mignolet graduated with a Masters Degree in Commercial and Financial Sciences at HEC In Liege Belgium in 1987. Having started his career in financial audit for PWC in Brussels, he then became Financial Director for the Ansul Group. Mr Mignolet is also managing director of London Security plc, and is a director of Ansul S.A. and Importex S.A.

Emmanuel Sebag was appointed to the Board as a Non-Executive Director in February 1997.

Mr Sebag graduated from Carnegie-Mellon University in 1991 with a Masters in Industrial Administration, since when he has been an aide to Jacques Gaston Murray on major projects around the world. Mr Sebag is an executive director of London Security plc.

Jean-Pierre Murray is a son of Jacques Gaston Murray. He was appointed to the Board as a Non-Executive Director in August 2008. He is also a non-executive director of London Security plc.

Mr Murray graduated from Los Angeles Pepperdine University in 1990 with a BA in Finance, and gained his Masters degree in Business in 1993.

Andrew Kitchingman was appointed to the Board as an Independent Non-Executive Director in July 2018. He is chairman of the audit committee and a member remuneration committee of the Board.

Mr Kitchingman is a Fellow of the Institute of Chartered Accountants (FCA) and graduated in 1985 with a BSc in Mathematics from Kings College, University of London. He is a director of a number of companies, including non-executive chairman of Mpac Group plc, a company with its shares admitted to trading on the AIM Market of the London Stock Exchange, MORhomes PLC and Incommunities Group Ltd.

Mr Calderbank was formerly a senior manager at KPMG.

On behalf of the board of directors of Andrews Sykes Group PLC (the “Board”), I am pleased to make this statement which sets out the Board’s approach to corporate governance.

In accordance with the AIM Rules for Companies (the “AIM Rules”) and the recently introduced requirement to adopt a recognised corporate governance code and explain compliance / non-compliance with it, the Board formally adopted the Quoted Companies Alliance Corporate Governance Code 2018 (the “Code”) on 27th September 2018. The Code is based around 10 broad principles of good corporate governance. The correct application of the Code requires Andrews Sykes to apply these 10 principles and to publish certain related disclosures on its website and in its Annual Report, including a clear explanation of why the Code has been applied as it has.

The table below provides a summary explanation of how Andrews Sykes applies the 10 principles of the Code.

By way of background to the Board’s application of the Code, Andrews Sykes’ ordinary shares (“Ordinary Shares”) have been admitted to trading on AIM since 2001. Before then, the Ordinary Shares traded on the Main Market of the London Stock Exchange for many years. My family gained a controlling interest in the Company nearly 25 years ago and we currently hold 86.25 % of the issued Ordinary Shares through EOI Sykes Sarl (“EOI”). As far as the Board are aware, there are currently no other significant shareholders (as defined in the AIM Rules) in Andrews Sykes and 90.37% of the Ordinary Shares are not in public hands. The construction of the Board reflects this ownership structure, with the majority of its members associated with my family and/or EOI. In order to reduce the administrative burden at Board meetings and to optimise the decision making process, I often act as a conduit for the aggregated views and opinions of many of these non-independent directors. A relationship agreement is in place between the Company and EOI to manage potential conflicts of interest and to ensure that any transactions or other relationships between EOI and Andrews Sykes will be at arm's length and on a normal commercial basis.

Whilst the ownership of the Company has undoubtedly influenced its governance, in particular with regard to Board membership, I recognise that corporate governance should be for the benefit of all shareholders and one of my responsibilities is to ensure the imposition and maintenance of an appropriate corporate governance framework. As an example of this, in July 2018, the Board appointed Andrew Kitchingman as senior independent non-executive director and as chairman of the audit committee and a member of the remuneration committee of the Board. Andrew was appointed to provide independent oversight of the Company and its performance and is available for shareholders to contact if they have concerns that may have not been fully resolved by the Managing Director or myself.

I would highlight that membership of the Board, both executive and non-executive, has been very stable over recent years and this, along with the presence of a longstanding, substantive majority shareholder has, I believe, provided the stable base and established management methodology from which Andrews Sykes has been able to deliver an excellent track record of financial performance and shareholder returns and to be focussed on the medium to long term.

Application of the Code

The Directors of Andrews Sykes Group plc (the "Company") have been made aware that certain of the Company’s shareholders have received unsolicited calls from certain financial institutions, typically based in the USA, offering to buy their shares at a price that is significantly in excess of the current market price.

The Directors believe that the calls are the initial attempts of a scam (known as a 'boiler room' scam) and advise shareholders to be aware and cautious. Typically the next stage in the process is for the caller to ask interested shareholders to pay a deposit/fee (in order to secure the purchase of their shares) or to transfer the shares first (before payment is made for the shares).

In light of these calls, the Directors wish to clarify that 86.25% of the Company’s issued ordinary shares are ultimately controlled by the Ariane Trust and the Eden Trust (the “Trusts”) and held through HSBC Global Custody Nominees UK Limited ("HSBC Nominees") and EOI Sykes Sarl. Neither the Trusts nor HBC Nominees nor EOI Sykes Sarl have disposed of any of their interests in the Company and have no current intention of doing so.

Shareholders who wish to deal in the shares of quoted companies should always seek advice from a financial adviser who is authorised and regulated by the Financial Conduct Authority (the "FCA"). Dealing with an unauthorised firm means you, as a shareholder, will not be eligible for compensation under the Financial Services Compensation Scheme.

If you receive any unsolicited calls or correspondence:-

For further guidance and to find out more, please go to www.fca.org.uk/scamsmart/share-bond-boiler-room-scams.