After 50 successful years in the hire industry we examine how Andrews Sykes has developed since its inception by John Andrews in the 1960’s to become a major force in climate rental across Europe and beyond.

Originally founded as Andrews Industrial Equipment in 1964, the company started out importing steam cleaners and portable heaters from North America, before selling them in England. The concept was discovered by owner John Andrews following a trip to the USA and marked the first step towards the formation of today’s enterprise.

That same year, a business associate in the Wolverhampton area enquired about borrowing a heater temporarily. John decided to rent the unit instead, and it was here that the idea of hiring equipment was first explored. Within five years, the company had opened depots in Wolverhampton, London, Glasgow and Nottingham as demand for heaters grew.

Although the firm had flourished since its inception, John recognised that Andrews was principally a winter business. In order to become a more rounded operation, procuring products for the summer months was crucial to its development. While visiting a regional trade exhibition, John immediately recognised the potential of portable air conditioning units that were being manufactured in Italy. In 1969, he set up Andrews Air Conditioning for Hire as part of the Andrews Industrial Equipment group.

The ensuing years saw rapid growth, due in no small part to more offices and computer rooms being built across the country. The first overseas branch was opened in Holland in 1971, and by the middle of the decade Andrews had 25 working depots located throughout the UK. John Andrews continued to oversee the organisation’s expansion before eventually deciding to retire in the late 1980s.

The company’s evolution under his stewardship has been briefly documented in the video production on the right, and highlights a number of key turning points which have helped shape us going forward.

Following Mr Andrews’ departure, chillers and air handling systems were added to the hire fleet, with this division now offering clients an assortment of solutions for all requirements. Packaged boilers were also introduced in 2005, enabling us to supply even the most obscure applications with central heating and hot water.

Today, Andrews Sykes is firmly recognised nationwide as the UK’s foremost supplier of specialist hire equipment. Our primary aim is to deliver efficient climate control to customers across a full spectrum of industries and help overcome the everyday difficulties you may encounter.

We now have a substantial range of heaters, air conditioners, dehumidifiers, boilers and chillers stored across the breadth of the country. As well as bearing an unrivalled range of hired units, we also retain the staff and resources necessary to offer genuine 24-hour assistance all year round.

From humble beginnings, we have gradually progressed towards becoming the first port of call for clients in various sectors, while nurturing a reputation for quality, professional service. This perception was undoubtedly a factor in us providing equipment both before and during the 2012 London Olympic Games. As well as installing hundreds of air conditioning units to keep competitors, spectators and the media cool, we also supplied a range of pumps to remove water before stadia construction could commence.

Further afield, the company is regularly involved in large-scale assignments in the Middle East and beyond - highlighting the rapidity with which we have expanded in a relatively short space of time.

Over 500 members of staff are currently employed in some capacity, with more jobs expected to be generated during the next year or two. Our hire fleet is one of the largest in Europe, we have tens of thousands of units stocked within our extensive hire fleet, with new products coming to market in the near future.

Our performance is directly correlated to the people we employ, which is why we repeatedly invest both time and resources in training our engineers, technicians and salespeople. This permits them to gain a better understanding of potential requirements, and how these can best be satisfied - ultimately enhancing our already strong standing within the industry. Our company remains committed to developing young employees, recent youth development and apprenticeship schemes have provided evidence of this commitment.

We now have a growing presence in much of Western Europe, with depots located in France, Belgium, Luxembourg, Italy and the Netherlands. A Middle Eastern hub in Dubai also opened in 2013, underlining the strides we have made in bringing our services to consumers right across the globe.

Moreover, we hold both the ISO 9000 and ISO 4001 accreditations, which indicate the high standards with which the company operates. No-one else takes their environmental and qualitative obligations as seriously as us, and we are proud to demonstrate an unparalleled level of compliance with the trade’s requirements.

Going forward, the company is looking to maintain the steady levels of growth which will allow us to continue opening new depots and bring products to market with the desired frequency. In the last couple of years alone, we have proposed, designed and manufactured several modern products across all divisions of the company.

These include two portable air conditioning units - the Polar Wind Plus and the PAC60 - thus offering our customers a great range of cooling capacity. In addition, we have also introduced the new FD40 dehumidifier unit which has been specifically designed to function at low temperatures. Similarly, our most recent heater - the ID65 - is an indirect fired model intended for areas with little or no ventilation. Another heater is to be added to the hire fleet imminently, with others currently in early stages of development.

Everything we launch is purposefully targeted at a particular industry or application to solve the day-to-day challenges these present. Our new innovations are focused on market requirements, improving fuel efficiency and ensuring we are fully compliant with new legislation and environmental standards. 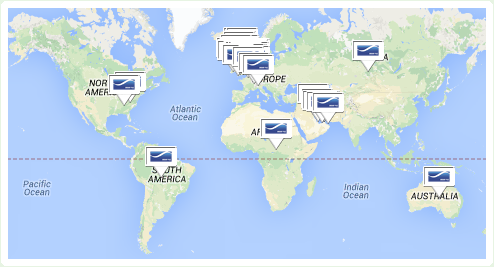 The company’s progression has led to us opening other depots both in the UK and abroad, as we respond to an ever increasing demand for our services. We expect to announce further growth and new branches across the continent during the next two years, while constantly updating and improving our existing outlets. A recent example of this is our relocation from Slough to Heathrow, in order to better accommodate businesses west of London.

As ever, we continue to react to individual callouts within a four-hour timeframe in a bid to reduce the likelihood of downtime. Our proficient technicians will conduct free site surveys to ascertain the best course of action for your circumstances.

A lot has changed during our 50-year existence, but our dedication to providing consumers with the best climate control systems available on the market has firmly remained. This determination to offer our clients outstanding hire solutions to any conceivable climate problem is a key cornerstone of Andrews Sykes practice, and will hopefully stand us in good stead as we look ahead to what we envisage being an equally successful period in our history.

As part of our effort to recognise the company’s 50th anniversary, we held a celebratory lunch event in Wolverhampton on 16th April 2015 - the very area in which Andrews Industrial Equipment was originally set up.

This was attended by all UK and overseas directors, as well as suppliers, customers and a number of people from the local press. We were also delighted to welcome two special guests - founder John Andrews and former World Championship rally driver Russell Brookes.

Between 1974 and 1991, Andrews Heat for Hire sponsored Mr. Brookes’ car (a record for the sport until recently), one of which was proudly on display to guests upon entering the venue. A range of our older HVAC units were also exhibited during the event, and these served as a perfect reminder as to just how far we have come since 1964.

The dinner was a great success and provided those in attendance with the perfect opportunity to both reminisce and take stock of just how far the organisation has come.