When the European headquarters of a major research organization in Portsmouth required an urgent cooling arrangement to solve a problem with their chillers, Andrews Air Conditioning Hire were drafted in to prevent UPS batteries from overheating.

The computer hardware company were experiencing issues cooling their UPS back-up batteries, which are used as an uninterruptible power source should their primary supply fail. 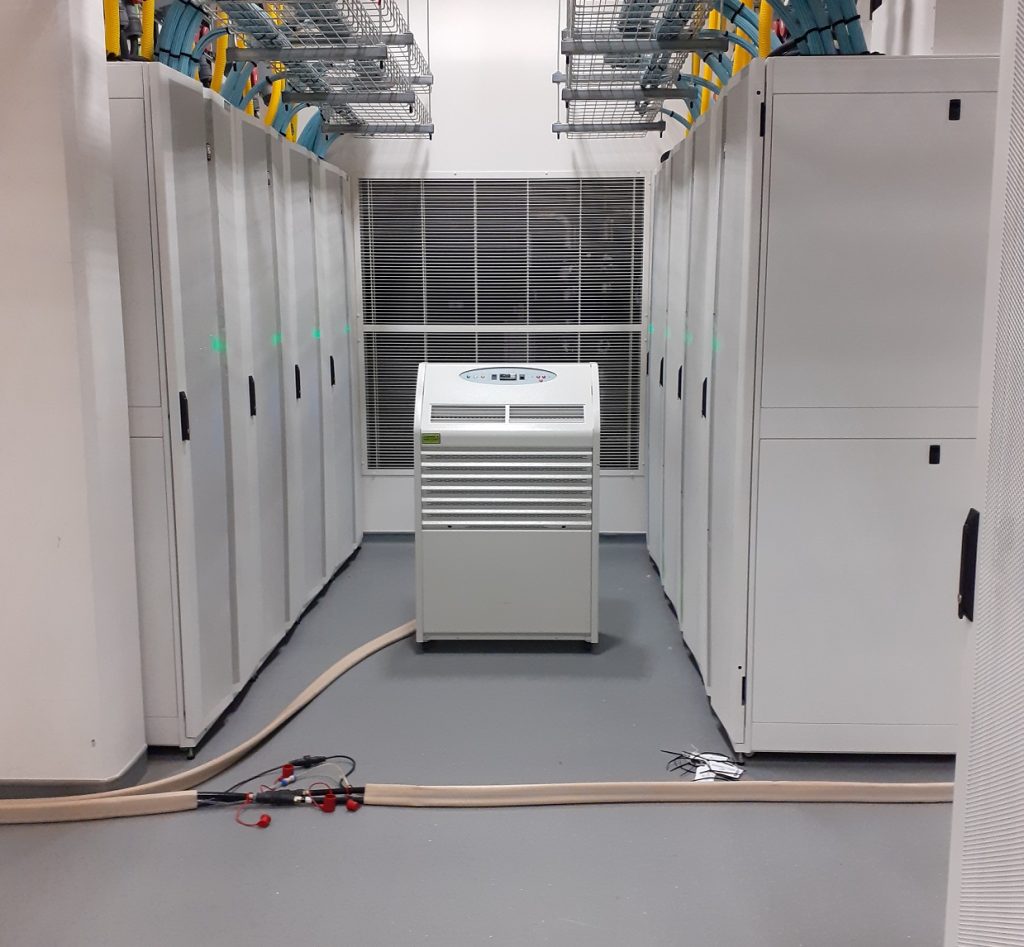 In less than 24 hours, our specialists carried out a site survey and decided to install four PAC 22s, giving 6.5kW of cooling duty each. These were accompanied by two ASF50 cooing fans, which were situated near the PAC units to help circulate cold air. One of the PAC 22s was placed at the top of the room and the other to the side to cool the two main areas of concern.

The equipment we provided brought down the temperature of the room and ensured the batteries were kept running. Had we not reacted quickly, the equipment failure could have caused a major problem and halted operations within the organisation.

Our quick response exceeded the customer’s expectations, with our PAC22s proving successful at reducing temperatures within the application. The hired air conditioning equipment was actually used on two separate occasions to assist the same failure, allowing business to continue as usual.