The £700m upgrade of one of London’s most recognised Underground stations is expected to be completed by spring 2022, with much of the hard work already done. TFL’s subsidiary London Underground commissioned improvements with the intention of increasing Bank’s passenger capacities by as much as 40%, meaning up to 140 million people will pass through annually once fully operational.

The tunnelling phase of the project was completed in October 2020 and saw more than 200,000 tonnes of material excavated to make way for platforms, escalators, passages and concourses. Due to the nature of the work undertaken during this stage, there was a long-term requirement for mechanical ventilation to ensure the continued wellbeing of engineers on site.

Sykes Pumps were recently drafted in to provide a short-term pumping equipment to help overcome a burst combined sewer in Beckton, east London. It was therefore imperative that a swift pump hire solution was commissioned as soon as possible to over-pump the waste water back into the sewer system.

Soon after receiving the call, one of our engineers visited the site to conduct a free survey before recommending the best pump arrangement for their application. It was decided that an XFP301M 12” submersible pump – run on a 160kVA generator – would be the best solution to cope with sustained sewage flows.

One particularly breezy London taxi could be the answer commuters have been looking for during the forthcoming hot spell that is expected to strike the capital.

The ‘Cool Cab’ is a freezer on wheels – a refrigerated Hackney Carriage – and has been in operation throughout the recent heatwave to help sweltering commuters escape high temperatures.

Features include an interior cooled by dry ice, a freezer stocked with ice lollies and a state-of-the-art air conditioning system.

The latest heatwave has seen temperatures in London rise above 25◦C, with predictions of 30◦C over the coming days.

A spokesperson for Andrews Air Conditioning, who commissioned the creation of the ‘Cool Cab’, said: “This week has been a scorcher in the UK, and Brits are feeling the heat. 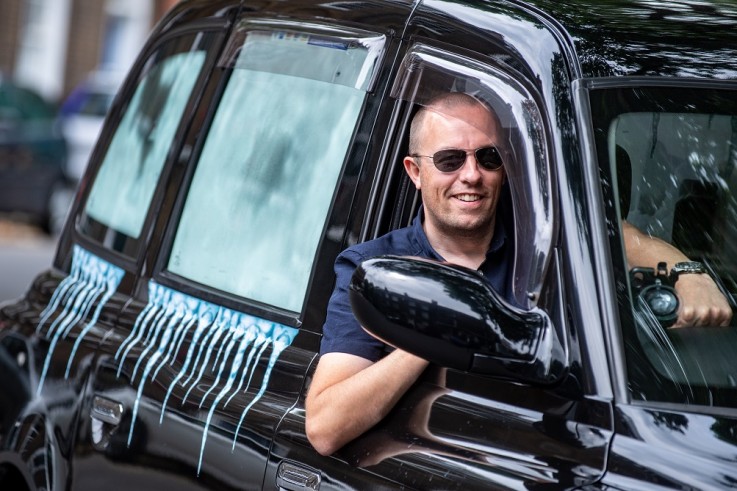 “For commuters there is nothing worse on a hot day that getting into a stuffy taxi, so we wanted to help combat this experience with our own ‘Cool Cab’.

“London commuters are all too familiar with the experience of the Underground in the summer, with the skyrocketing heat and packed carriages.

Passengers across the capital waved down the taxi from afar, only to be greeted with the unique refrigerated vehicle.

Chilled passenger Steve O’Dare, from Lincolnshire, said: “This is easily the coolest ride I’ve ever had.

“It’s such good fun, and when you get in it’s a different world, and I think it’s a great concept.

“I think, give it another couple of weeks, and we’ll be having an amazing summer. The heat will be rolling in.

Elizabeth Ann Iliffe, who was visiting from the South East, said: “It’s amazing. It feels just like a scene from Frozen.

In some scenarios, cooling fans can be more a more effective and suitable way of reducing temperature than conventional air conditioning units. The Andrews cooling fan hire range has been specifically designed for this type of situation, and our units are regularly deployed in shops, retail outlets and similar environments.

A London heatwave during the summer of 2016 saw a longstanding customer approach us for some ventilation equipment, which they had used to cool their shop floor on previous occasions. Our client – one of Britain’s most esteemed tailors – was based in Westminster, and was looking to keep people comfortable while they browsed.

Due to the recent thunder and rain, UK news sources have been heavily documenting the widespread flooding that has caused carnage throughout much of southern England. Thousands of homes have been affected, with many families suffering damage to their property as a result of severe downpours.

At Sykes Pumps, we continue to support both businesses and residents by supplying a wide range of pumps suitable for floods of any scale. Our immediate call-out response rate ensures we are here for you 24/7 thanks to our expansive depot network located across the region.

We are delighted to announce the continuation of our two-year partnership with AFC Wimbledon, which has now been extended until the end of the 2016-17 campaign. The agreement sees us provide portable PAC 22 air conditioners to the club’s Cherry Red Records stadium, keeping hospitality areas comfortable for guests on match day.

As the UK’s largest supplier of air conditioning hire solutions, and with a local presence, Andrews was AFC Wimbledon’s first point of contact when the enquiry initially surfaced in July 2014.

Sometimes, even recently constructed modern buildings can find themselves unprepared for extreme weather when it arrives. This was exemplified during the summer of 2016, when one of the country’s broadcasting governing bodies sought an emergency cooling hire package from Andrews Air Conditioning.

Our client’s Olympic Park base in Stratford was erected in 2012, but the chosen position of the building meant that occupants could suffer from seasonal heat due to its all-glass design. High outdoor temperatures had led to a number of offices becoming uncomfortable for members of staff inside, as well as those in the lobby and reception area.

If a hotel’s air conditioning fails, it is absolutely imperative that an alternative cooling arrangement is sourced to guarantee the comfort of your guests. Failure to provide this often overlooked amenity can tarnish a visitor’s experience and in turn, affect your reputation within what is now an extremely competitive industry.

A luxurious London hotel undergoing major refurbishment decided to replace its air conditioning system, with the hope of keeping their site chillers online. As the project progressed, it became clear this would not be possible and thus a temporary hire package was required.

Over long periods of time, a chiller system can lose efficiency and become ineffective – dramatically increasing the chances of it breaking down completely. This was precisely the scenario a national consultancy company was faced with after their unit failed during a particularly busy interval for the business.

Failure to address the issue immediately could have had severe repercussions for their medium-term output, as various parts of their London headquarters would have been left without air conditioning. The worst affected areas were the canteen, a large storeroom and a top floor office, with members of staff reportedly complaining about the uncomfortable working conditions.

Flash floods have caused chaos across Greater London, Kent and Essex on EU referendum day following heavy and prolonged rainfall overnight. The effects of the water have left at least two polling stations closed, while cars and properties have also become submerged after freak June weather struck in the early hours of Thursday morning.

The London Fire Brigade have already rescued more than 500 people, and that number is expected to rise further with local forecasters predicting more thundery downpours over the coming days.