We are delighted to announce the relocation of our Ashford depot following a sustained period of success in the area. The move is symptomatic of our continual development as a business and provides us with an excellent opportunity to further capitalise on the growth we have enjoyed in Kent over the last 40 years.

The site, situated on the Henwood Industrial Estate, is now officially in operation and has been selected with a view to accommodating future progress.

A surge in demand for our services across Kent has necessitated this substantial investment and will put us in an even better position to support clients throughout the region. Our new depot is more than 50% bigger in size than the original site and fitted with a modern workshop and dedicated testing areas. Additionally, the new premises offer a much larger yard and extra storage space to satisfy increased fleet holding capacities.

With flood warnings currently in place across various parts of the country, there is growing concern for the potential impact heavy rainfall and burst river banks could have on businesses and residential properties.

But it’s not just flooding that can cause water damage, with cracked pipework and plumbing complications recently revealed to have affected approximately 52% of homeowners according to a recent survey.

One in 10 have encountered a major incident where water has caused extensive damage inside the home.

A third of homeowners haven’t checked the state of the boiler and pipes in their home in last year.

And nearly two thirds would rate their basic plumbing skills and knowledge as below average.

A spokesperson for Sykes Pumps Hire said: “It seems inevitable that at some point, whether through inclement weather, a burst river bank, or just some dodgy plumbing, homeowners are going to need to deal with some major water damage. 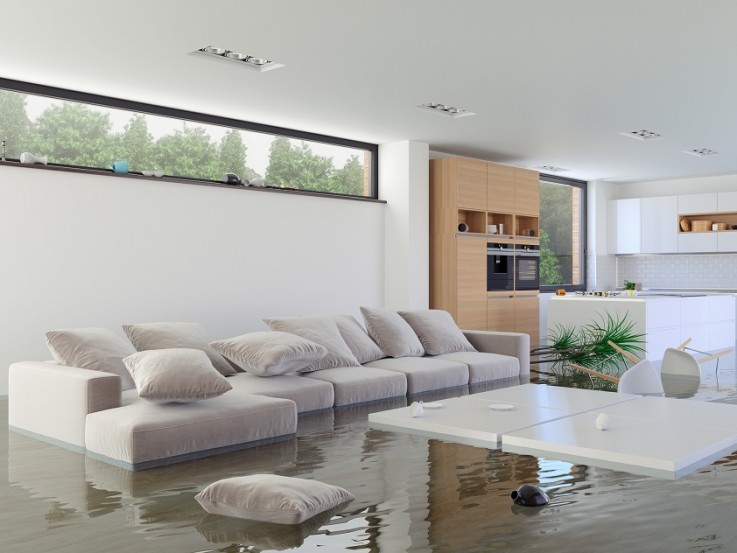 “Even for those who don’t live in at-risk areas below the water table, being prepared for a flood or unexpected water issue can help to limit the damage which can be done to your home.”

A water-related mishap has the potential to be costly and causes, on average, £976 to recover from when a burst pipe or flood strikes.

Unsurprisingly, the kitchen is the room in which we are most likely to suffer water damage, followed by the bathroom and the living room.

When asked to identify the culprit of the worst water damage they have experienced, one in four homeowners said a leaky pipe was to blame.

Fifteen per cent have had a pipe completely burst in their home, and one in 10 have suffered from a leaky roof.

Despite the high chance of a plumbing-based blunder, 42 per cent of homeowners would have no idea how to stop the water flow should a faulty pipe start flooding their home.

One in 10 homeowners surveyed believe they are currently living in an area at risk of flooding. 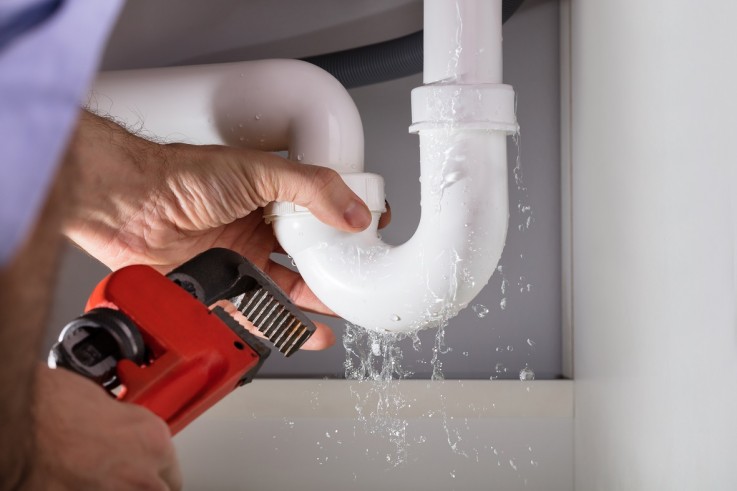 But only six per cent have any kind of flood preparation, such as pumps and sandbags, ready in their home in case of disaster.

Fifty-two per cent paid outright for the damage to be sorted, and nine per cent said there are still repairs which need addressing in their home after their most recent experience of water damage.

A spokesperson for Sykes Pumps Hire, which commissioned the study, added: “We were surprised at the sheer number of people who have suffered water damage to their home, while still lacking the skills and knowledge to prevent further damage if disaster were to visit them again.

“Knowing your plumbing basics, and having some flood preparations to hand should the weather turn, can really make all the difference.”

With the 25th December now nearly upon us, households nationwide are preparing themselves for Christmas festivities which will in many cases include having lots to eat and drink! Supermarkets this week will be packed with last-minute shoppers desperate to snap up seasonal bargains, but for us at Andrews Sykes, there has been a slightly different type of pressure to contend with.

In the weeks preceding Christmas Day, we have been extremely busy helping to ensure that British retailers receive sufficient quantities of the ingredients needed for a traditional Christmas dinner. As you might expect, the demand for turkeys and vegetables swells around this time of year which in turn leads to a sharp upsurge in the need for appropriate storage space.

Andrews Dehumidification Hire was recently contacted with an unusual request to assist the drying of a WWII air raid shelter in Brighton, Sussex, which had previously been concealed beneath the tarmac of a school playground!

Incredibly, workers at Downs Junior School rediscovered a once forgotten air raid bunker situated three metres underground. Since then, volunteers have come together to restore the shelter which experts believe would have originally been used to protect as many as 300 children from Luftwaffe planes. The area has since been converted into a local museum which offers an authentic insight into life during the Blitz.

At Andrews Chillers, we understand the importance of continuous business operation and the potential repercussions of this not being interrupted. That’s why we offer our customers a genuine climate contingency service combining frequent maintenance with whatever pre-agreed rental solution you have in place.

We are proud to provide a 24/7 support service which affords clients total peace of mind throughout the duration of a chiller hire. Whether temporary equipment is required to keep critical hardware, products or even people cool, we can be relied upon to ensure your chiller system remains online and functional at all times.

Towards the end of June, Andrews Air Conditioning announced that, once again, we would be linking up with the GB Rowing Team ahead of their trip to Brazil later this summer.

By providing the team with around 20 Polar Wind Plus portable units, we were able to ensure each athlete remained cool during a vital phase of preparation overseas. Prior to leaving the country for their German training camp, Welsh rower Chris Bartley documented his experiences and thoughts ahead of an action-packed workout:

“Two weeks ago at the GB Rowing Team training base in Caversham we packed up our boats, rowing machines, and gym equipment to be transferred by road to our final summer training camps before Rio 2016. We travel out for up to three weeks, escaping the distraction of our home lives to focus on training hard, rowing fast, eating and sleeping.

Andrews Sykes are delighted to announce the expansion of our Paris branch after an extraordinarily successful twelve months in the French capital. Despite only opening a depot in the region towards the end of 2014, the company has enjoyed a sharp upsurge in business during the period and subsequently took the decision to obtain extra space – thereby more than doubling the size of our facility.

Our emerging presence in the city allows us to guarantee customers faster response times while continuing to accommodate a growing demand for our services. These modern facilities provide us with a fantastic base in the area and this has been coupled with the acquisition of new environmentally-friendly delivery vehicles.

Following on from our announcement that Andrews Sykes were once again reaccredited with our ISO 9001 and ISO 14001 certifications, we are delighted to announce that we have been successful in achieving another two highly coveted industry standards.

With organisations in our field facing increasing scrutiny from all quarters about the environmental impact of our trade, we are proud to have shown an unwavering dedication to capping energy consumption and harmful emissions. This commitment has subsequently been ratified by an external auditor who confirmed our compliance with CEMARS – the Certified Emissions Measurement and Reduction Scheme.

As the country’s leading supplier of specialist climate control solutions, Andrews Sykes are continually looking at ways to improve the quality of service we provide. It is with great pleasure, then, that we announce recently being reaccredited with the ISO 9001 certification – once again underlining our commitment to maintaining the high standards for which we are renowned.

Generally accepted to be the world’s most distinguished quality management standard, the ISO 9001 is something we are extremely proud to have passed and this will undoubtedly help us streamline our operations going forward. Having excelled at the first audit almost twenty years ago, back in 1997, we were among the first businesses in the hire sector to be successfully accredited.