As the UK’s leading specialist supplier of bespoke pump solutions, we are used to devising complex arrangements that have been uniquely tailored to suit the niche requirements of customers. On some occasions, however, a straightforward replacement will more than suffice in instances where essential upgrades or maintenance work is being carried out.

Earlier in the summer, one of our local experts was contacted by the estates team of a cosmetic products factory in Wales. The customer had an electric pump on site which had begun to show signs of age, and as such was not operating as it previously had been. Our client explained that a replacement pump was due to be installed in between 6 and 10 weeks’ time, with a temporary stand-in unit required until then. 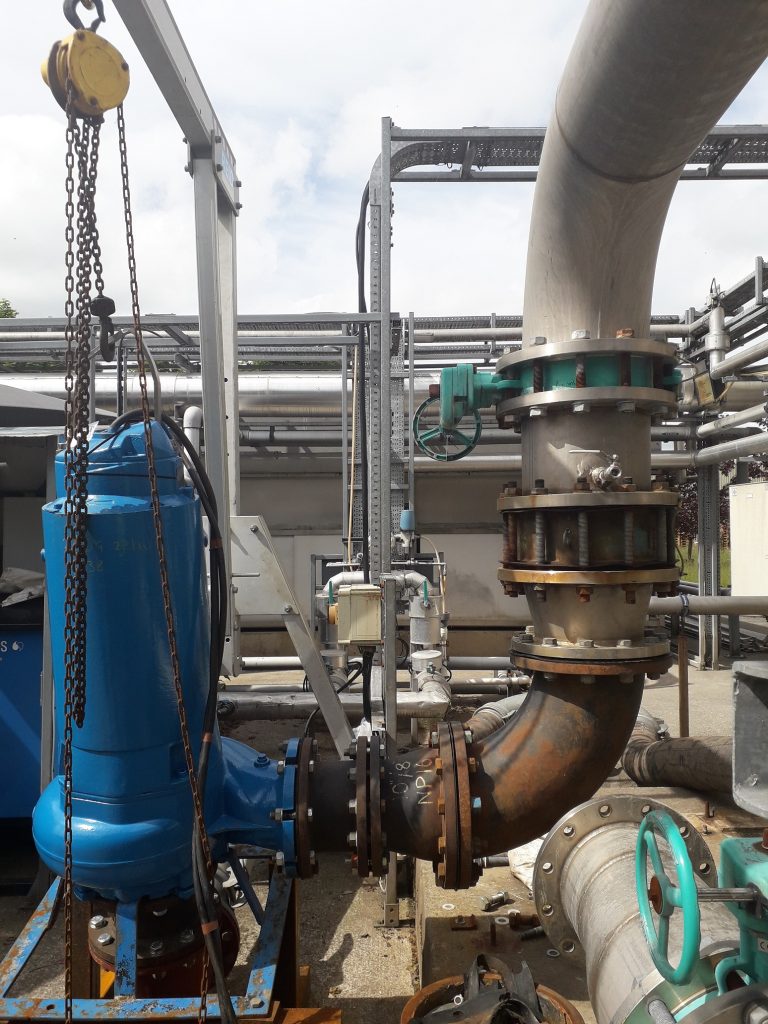 The pump itself was being used to agitate liquid kept inside an effluent tank. This liquid is then pumped to filtration tanks before being discharged into the main sewer system.

With the customer seeking as close to a like-for-like alternative, we proposed an XFP100K electric submersible wastewater pump. Offering maximum flows of up to 110 litres per second and the capability to achieve heads of up to 40 metres, this pump was selected as a perfect substitute until a new permanent unit could be connected.

Thanks to the versatility of our hire fleet, we were able to deliver a pump that was almost identical to the original model – fulfilling a critical function up until the moment it was taken offline.