In April this year, permission was granted for more than 100 homes to be built in the Cheshire area following approval of the preliminary development designs. The local council has now given the green light for work on the project to commence, with the contract awarded to a northern-based civil engineering company that has previously worked with Sykes Pumps.

Our client was concerned about groundwater but first needed to tackle the presence of surface water that had accumulated on some parts of the site. Before any excavation work could begin, it was essential that the nuisance water was removed and diverted into a natural watercourse located nearby. 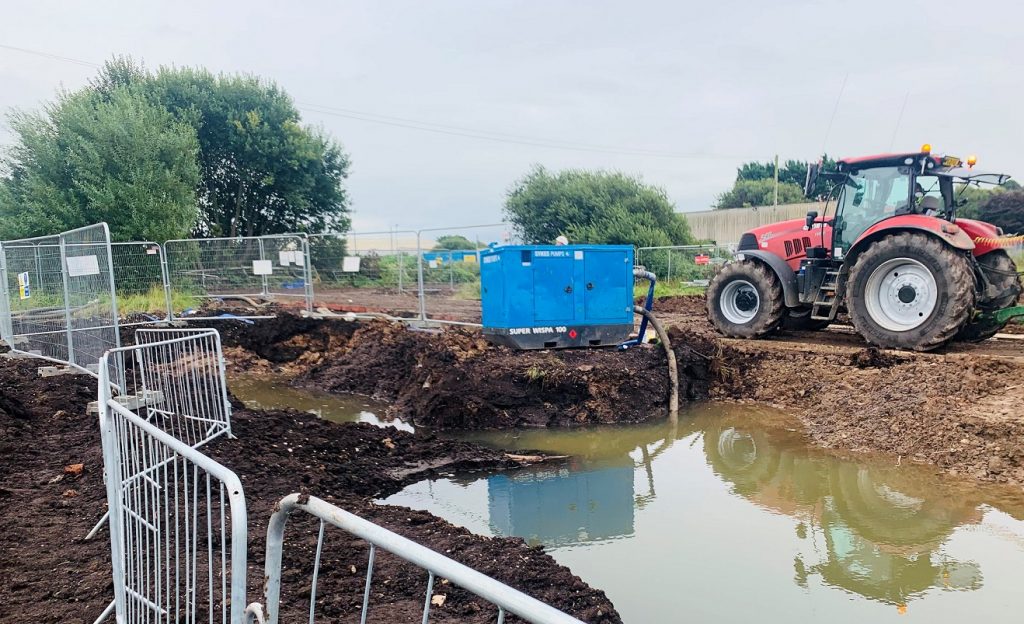 Devising a solution for this application was simple, with our primary consideration being to ensure that any silt or suspended solids present in the water were separated prior to it being discharged into a local canal.

To achieve this, we provided a single 4” super silent pump, along with both lay flat and wire armoured hoses, a strainer and a settlement tank. Sykes’ range of settlement tanks feature a series of integral weir walls which act as an effective filter to remove impurities from the water and thus avoid the potential for heavy fines from the Environment Agency.

As a responsible supplier of market-leading pump hire solutions, we took care of our customer’s requirement while adhering to the strict ecological legislation which has caught out a number of high-profile companies in the past.