In early 2020, Andrews Sykes was contacted by a regional healthcare trust that was looking for some ventilation equipment on behalf of three of their hospitals. Our client was keen to prevent the development of oxygen-rich environments caused by the gas being administered as part of patient therapy.

Newly introduced guidance now recommends minimal oxygen use because the benefits are uncertain, with evidence suggesting there are several potential dangers. On top of this, oxygen enrichment also significantly increases the risk of fires or explosions due to a substantially more intense atmosphere. 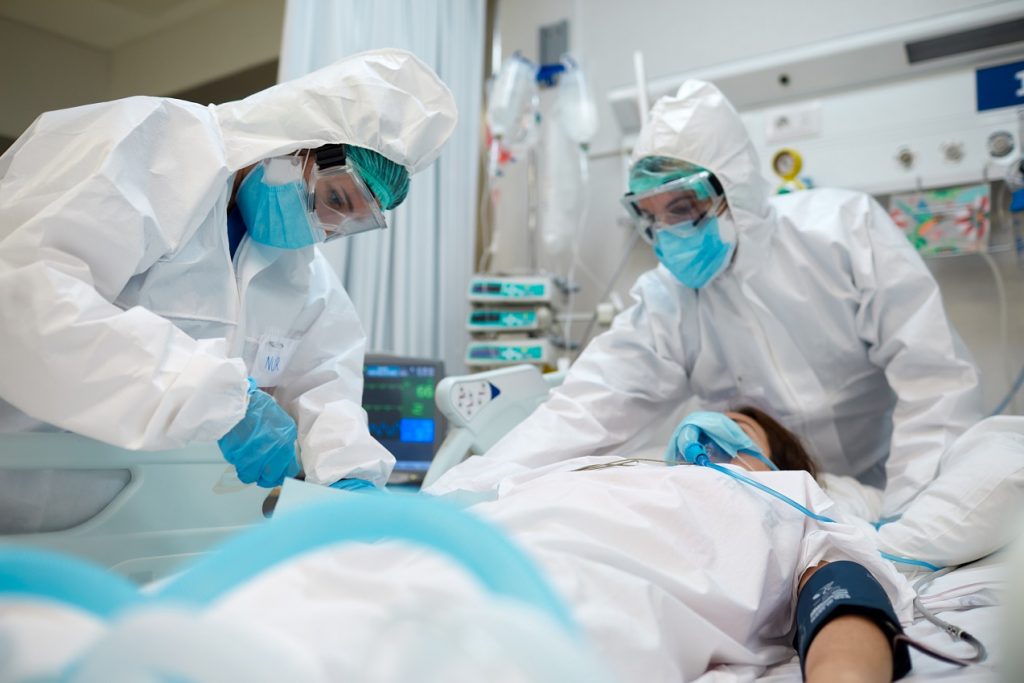 As such, the customer wished to increase airflows around certain wards – specifically requesting that between 6-8 air changes per hour were delivered as a safety precaution. To enable this, we provided 20 FV100 ventilation fans to the trust who then oversaw their distribution to the hospitals for which they were responsible.

Interestingly, shortly after the kit was installed, a nationwide healthcare directive insisted on the creation of COVID wards which relied on negative pressure zones being introduced. Using our fans to effectively create a negative pressure by sucking in more air than was being blown in meant that airborne infection isolation rooms were formed to help contain the virus within.

A few weeks into the ventilation hire, we received a comment directly from the customer who explained that we had played a critical role in maintaining patient safety – underlining the overall effectiveness of our units in two very different scenarios.