One of the world’s most eagerly anticipated motorsport shows is underway at Stoneleigh Park this weekend, with the annual Race Retro event drawing visitors from all four corners of the globe.

In recent years, Andrews Heat for Hire has been involved with the action and supported current European Rally Champion Chris Ingram with some of his previous appearances. Our connection to motorsport spans several decades and began with what was, until recently, a world record 17-year sponsorship of rally icon Russell Brookes. 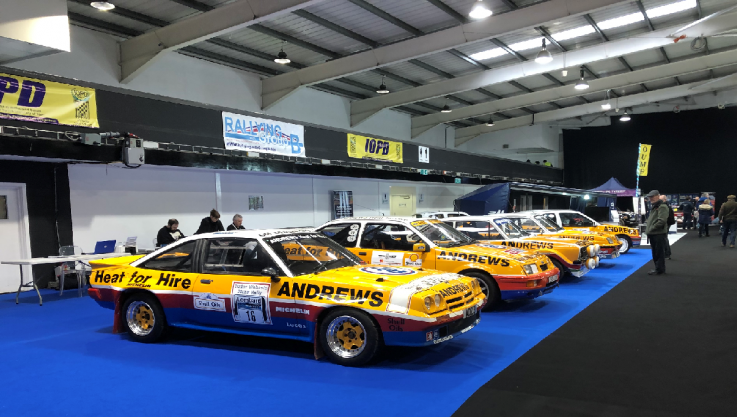 Fittingly, there is an exhibition celebrating the life and achievements of Russell at this year’s Race Retro and includes an impressive display showcasing some of the many classic cars that he competed in between the 1970s and 1990s.

These include the revered Opel Manta and Sierra Cosworth rally cars, featuring the distinctive Andrews Heat for Hire livery that became synonymous with Russell’s success on the track.

The company is honoured to forever be associated with Russell’s remarkable legacy in motorsport and proud that this historic collection of cars is remembered so fondly by fans from different generations.