For many years, Andrews Air Conditioning has helped some of the world’s largest food manufacturers maintain production targets – often against the odds. We are acutely aware of the pressures faced by companies in this industry, and it is that knowledge that prompts us to respond in a timely and efficient manner whenever emergency cooling is needed.

Only last month, a multinational confectionery brand turned to us for a temporary solution following the removal of faulty air handling units at their facility in the Midlands. Even though outdoor ambient temperatures were still relatively low, our client discovered that an absence of air conditioning was causing chocolate to stick to conveyor belts which was preventing it from being released at the end of the run. 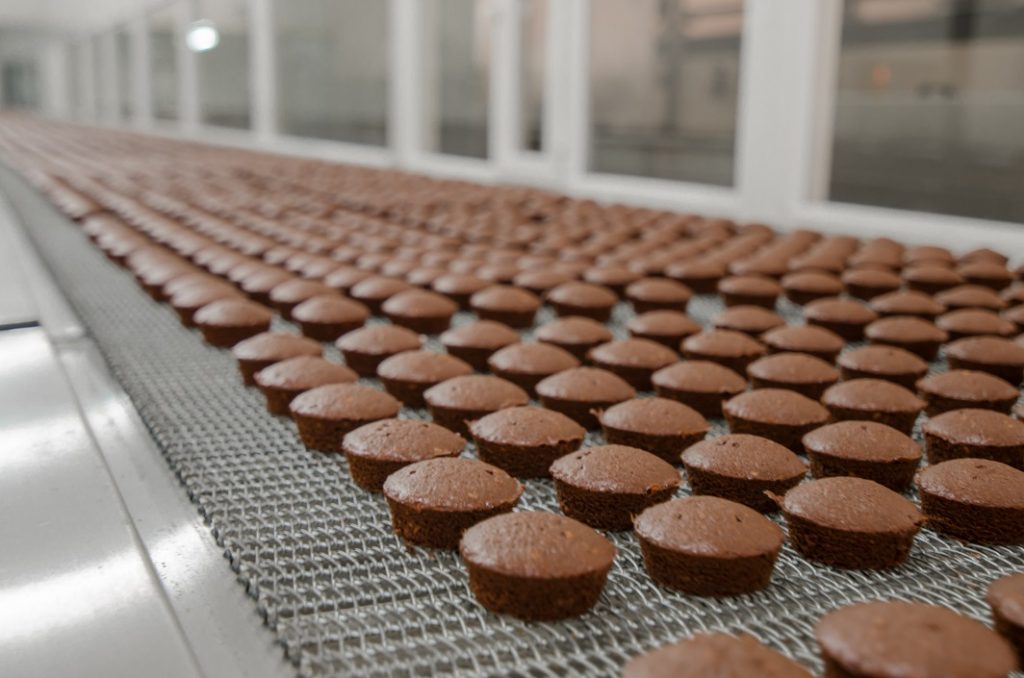 Our suggestion was to place four of our PAC60 split-type units at intervals along the conveyor system, with ducting used to help cool the underside of the belt positioned at high level. This recommendation was made following a detailed assessment, with targeted spot cooling considered the most practical course of action to take.

The production line itself was located in the centre of a large, open factory, hence why spot cooling was preferred to an arrangement that might involve reducing the temperature of the whole application. Due to the chosen configuration, we also had to deploy four heat exchangers on scaffolding four storeys high and sited in an inaccessible courtyard that was parallel to the facility.

Suffice to say, our customer was delighted with the solution provided and was actually quoted as saying it was “an impossible job made possible by Andrews Sykes.” The kit is scheduled to remain on hire for a total of 20 weeks, or until such time when the original HVAC system has been stripped out and replaced.