With the World Health Organisation recently reinforcing its stance on the potential for viruses to be transmitted between people inside crowded indoor spaces, there has been a noticeable increase in demand for ventilation hire solutions from gyms. Latest guidance advocates an increase in air extraction but also ensuring that such applications reap the benefits of as many air changes as possible – with six per hour the recommended minimum.

Following this well-publicised advice, Andrews has received a number of enquiries for temporary air cleaning and ventilation units – including from one of the UK’s most popular sport and leisure providers.

Our client was looking for some equipment that could minimise the risk of airborne infections being spread inside their facilities, which would not only protect their members but also reassure them that current protocols were being taken seriously. One of our local experts visited a member of the customer’s management team to discuss their requirement and assess the dimensions of the areas where kit was likely to be deployed. 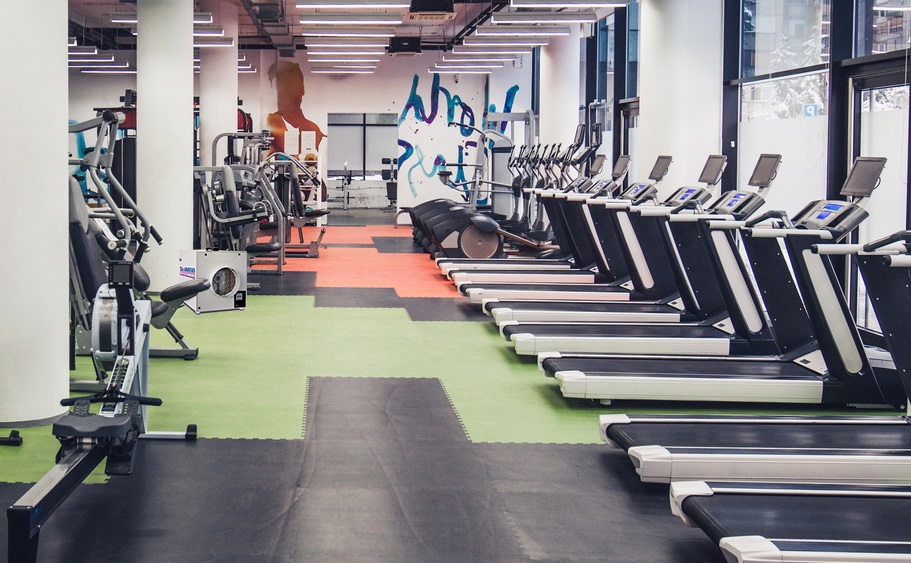 Following a site survey, five AC1600 air cleaner units were delivered and installed inside their exercise class rooms, circuit area and main gym. These units were purposefully selected because of their ability to intercept potentially harmful particles via an advanced HEPA filtration system while also exceeding the number of air changes that were required per hour in order to comply with updated safety standards.

The client was very vocal in expressing how impressed they were with our ventilation hire range, specifically commenting that the AC1600 units were exactly what they were looking for prior to originally contacting us. Our five units have been in place since the middle of July and will remain on site on a long-term hire until at least the end of October.