We would like to welcome Lak Kang  who has joined as Head of Group IT for Andrews Sykes.

Lak brings over 20 years of IT experience, which he has accumulated in a variety of sectors including Healthcare, Utilities, Finance, Retail, Engineering and Manufacturing. 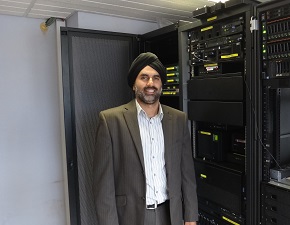 Lak’s passion for  IT began an early age when he first joined the school computer club, an interest he pursued through school and college. He graduated from DeMontfort University in 1992 with a BSc in Computer Science degree and his early career highlights include working as a consultant designing database software applications for a number of high profile clients within the retail sector.

Lak has worked predominately in large scale Technical Project Management roles, for example implementing IT systems for a well-known multinational water utility provider, where system he developed allowed engineers to access time critical information from any location (worldwide). For the last 10 years Lak has worked in IT management roles within a number of sectors.

Before joining Andrews Sykes, Lak worked for a well-known health care provider as their IT Director and managed an IT Estate which supported over 2000 users across approximately 200 sites. Lak has Chartered IT Professional accreditation with The British Computer Society, furthermore he has continued to progress his personal development by studying for and passing professional IT management qualifications (PRINCE2 and ITIL).

Outside of work, Lak enjoys cycling and keeping fit. He is also a keen follower of football and follows a local premiership football team. Lak commented that he is “really looking forward to working at Andrews Sykes, and hopes to make a positive impact in driving the business forward”.