In October 2020, Andrews Sykes was called to the site of a well-known broadband and mobile phone service provider following concerns about the potential longevity of boiler units installed at their base in Dorset. Following an extensive assessment of the building by one of our regional experts, a contingency plan was agreed with a view to it being actioned if any problems arose.

Less than three months later, we were contacted by the building’s facilities manager who informed us that two 80kW boilers had broken down. This fault left a large depot and adjoining office without central heating and hot water and meant that replacement kit was required as quickly as possible.

Our original survey uncovered potential difficulties with installing temporary packaged boilers inside the client’s plant room, as the entrance tunnel was not wide enough to permit and house units with dimensions exceeding two metres in height or width. 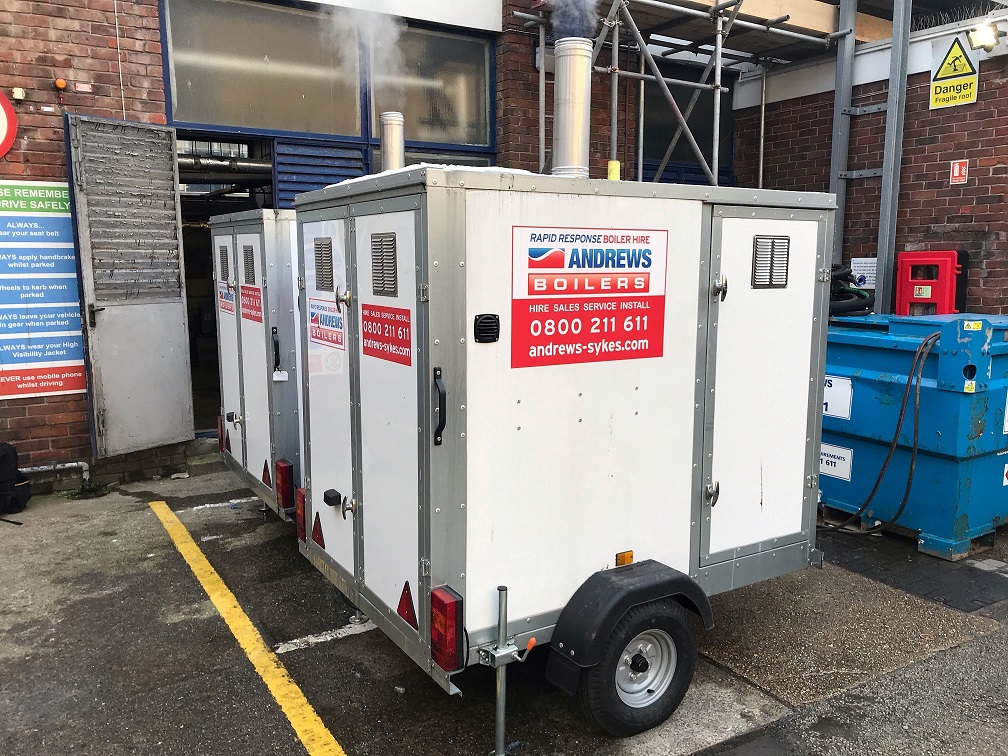 After recognising this in our findings, we were able to propose an alternative arrangement that included the deployment of two 100kW Rapid Response boilers. Although space was extremely limited at the location, we were able to use a forklift to offload the two boilers from a delivery van before they were manually manoeuvred into position by two engineers.

Both boilers were sited just outside the customer’s plant room and fed by a single 3,000-litre fuel tank, with the entire installation efficiently carried out within a matter of hours.

The client was very impressed with our professionalism and speed of service, specifically acknowledging the manner in which we overcame the added complications of a one-way system that could have hampered the delivery of equipment.

With the two defective boilers due to be replaced over the coming weeks, our client has committed to a medium-term hire taking them up to the end of April – by which time their new units should be available.