In late September 2015, former Dutch politician Wouter Bos officially reopened one of Amsterdam’s principal hospitals which had been devastated by flooding earlier in the month.  The rupturing of a high pressure water main close to the facility had necessitated its immediate closure, and this led to a total of 339 patients having to be relocated.

With a quick response essential and medical operations now at a standstill, Andrews Boilers were contacted to restore heating and hot water supplies as swiftly as possible. A pressing need for temporary installations was brought about by all on-site electrical equipment being deemed unsafe for use. 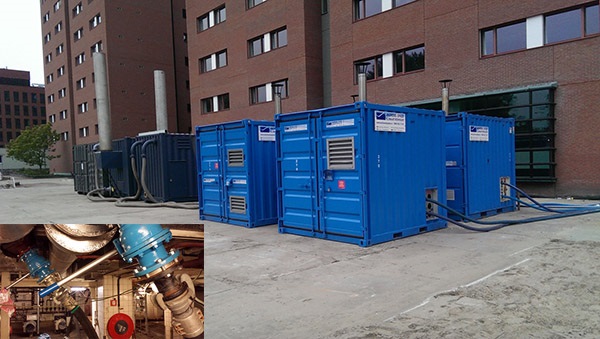 Instead, our instant service played a crucial role in enabling the hospital to be fully functional less than two weeks after its unexpected closure. The client was extremely grateful to Andrews Boilers for our rapid action which avoided additional damage and enabled a swift restoration of the hospital’s vital activities.