At Andrews Sykes, we recognise that our business’ continued success is driven by the commitment and hard work of the people who work for us. Our sales team, engineers, drivers and admin staff have all contributed to the company routinely hitting targets and growing into the international operation it stands today.

We pride ourselves on promoting from within wherever possible – rather than hiring externally – and it is this stance that has enabled us to retain employees for long periods of time. So when Wolverhampton-based caretaker Michael Piper announced his retirement at the age of 68, it was only right that Andrews Sykes’ acknowledged his input after more than 20 years of stellar service.

Joining the company in February 1993, Michael’s main duty was to look after the Bakery building in Dudley Road – the site of our old Head Office. Two years later, he oversaw the first of two Head Office relocations: firstly to Premier House, and then the more recent move to St. David’s Court completed earlier this year. 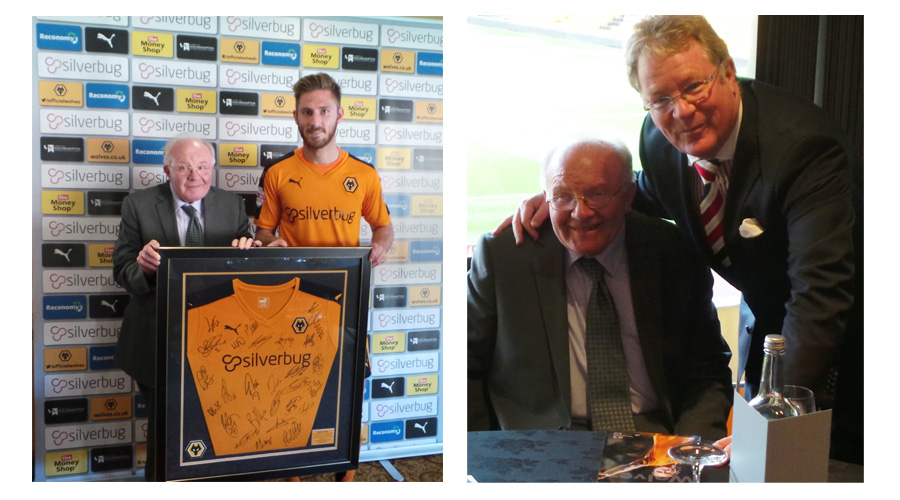 Towards the end of 2011, Michael took some time out of work before returning to the organisation approximately 15 months later. His final day at Andrews was August 31 2015 and followed the Wolves v Charlton match at Molineux, where he was invited along as special guest. As an avid supporter of his local football club, Michael was visibly touched when Wanderers winger James Henry presented him with a framed home shirt signed by the entire squad. Comedian and Charlton fan Jim Davidson was also present at the game and is pictured with Michael above as the two share a few words.

Andrews Sykes would like to now take the opportunity to thank Michael for almost a quarter of a century of loyalty and endeavour. There is no doubt we have been the beneficiary of his flawless organisation and desire to go the extra mile when needed, which was carried through right up until his last day in the office. We wish Michael a very happy retirement and hope he enjoys a much-deserved rest before tackling whatever lies ahead in the future.