There is no greater indication of client satisfaction than repeat business, which is something we can definitively pinpoint as being a fundamental reason behind Andrews Sykes’ success and longevity.

The importance of recurring custom is obvious and has been exemplified once again by a recent instance in which a temporary heater hire paved the way for two more projects that we were subsequently asked to take the lead on.

Following the success of a screed drying job at a site along the South Coast, we were approached by the same company and asked to provide another solution for an application at a different location – this time near Didcot. 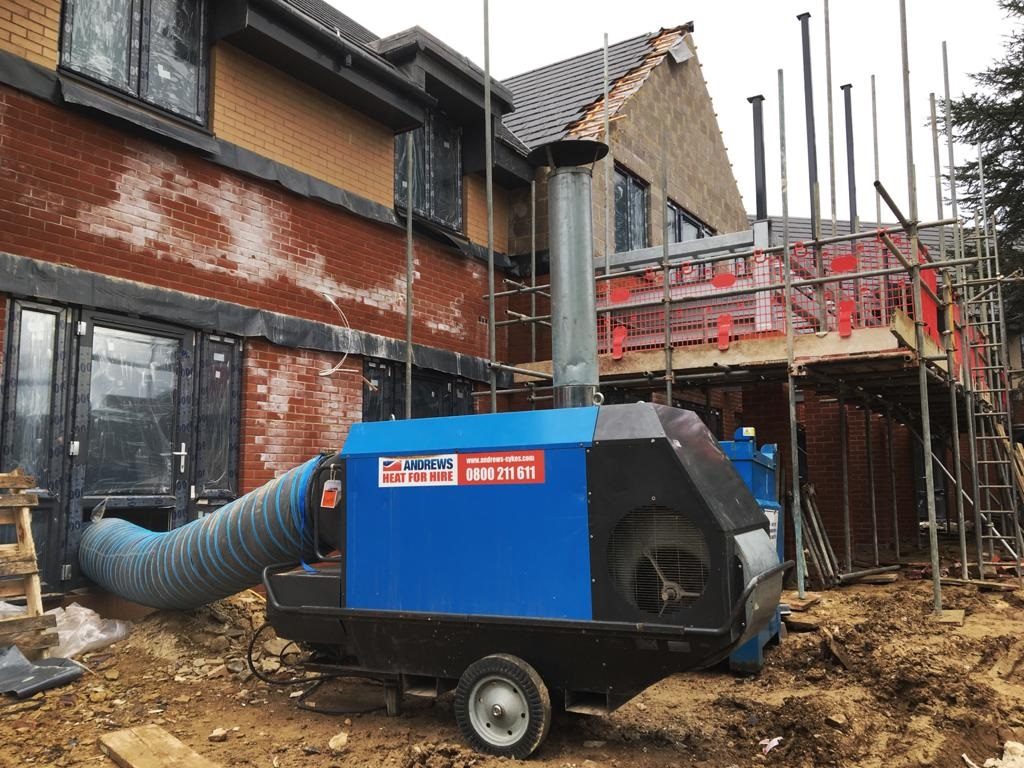 Our customer was building a nursing home, but a serious water ingress issue had caused the development to virtually grind to a halt.

Until recently, the building’s structure had no roof which meant that rainfall had saturated the interior and caused relative humidity to be as high as 90% in some sections. The construction of the roof provided our client with an opportunity to address internal dampness, which is when they contacted us.

The presence of window holes and unsealed doorways meant that the use of conventional dehumidification would be ineffective, with an alternative plan required.

Andrews’ local expert calculated that if temperatures inside the building’s frame could be raised to approximately 20⁰C, that would sufficiently dry out the area and also allow the moisture to escape via the many openings that existed in the brickwork. 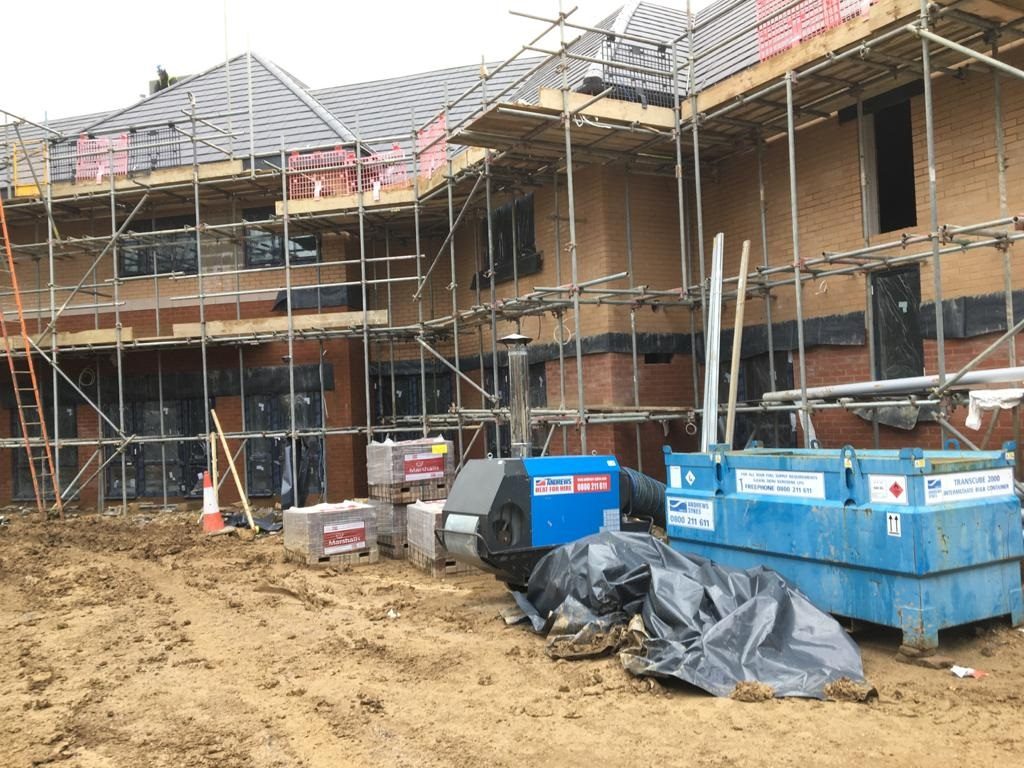 Having agreed the concept with the customer, it was decided that two FH111 indirect fired heaters would provide the required capacities to ensure the whole site was dried properly.

A heater was deployed at each end of the horseshoe construction and fitted with 40-metre lengths of ducting to enable warm air to reach every part of the building. To maximise the flexibility of our solution, we also used y-pieces on the ducting which allowed the heat to be distributed as evenly as possible.

The equipment provided was expected to be on hire for six weeks but has been so effective that the construction firm has revealed that it may only be needed for a total of four weeks.

Our regional expert revisited site following the installation and was delighted to learn of our client’s contentment and praise for the way the solution was proposed and implemented.