Andrews Sykes is saddened to hear the news that British Rally legend Russell Brookes has passed away at the age of 74.

Russell, the Double British Rally Championship driver is forever associated with the company famously for his “Andrews Heat for Hire” liveried rally cars. For Andrews Sykes, it has been without a doubt a delight to have worked alongside Russell for over 17 years, with our long lasting partnership beginning in 1974 when our Andrews Heat for Hire division became the primary sponsor for Russell – dominant across the remarkable vehicles he competed in.

Most popular amongst these incredible machines was the Ford Escort Rs1800, the first of Russell’s vehicles to receive our iconic livery – pictured during his first title win at the 1977 British Rally Championship. Where Russell was afforded with further success spanning his lively career was at the Wales Rally GB – achieving three podiums – three times in a row up until 1979. Enthusiastic within his growth, Russell was awarded with his second British Rally Championship title in 1985 – after a two year battle with teammate Jimmy McRae, father of the late Colin McRae. This exciting achievement was made possible thanks to Russell’s incredible attitude towards the sport, earning the title in an Opel Manta 400. 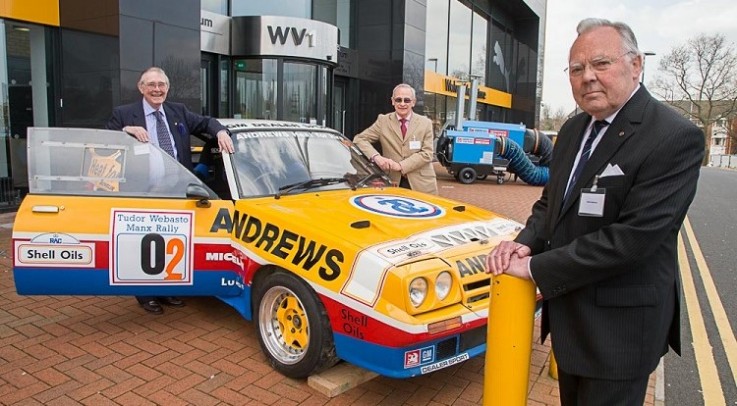 Our partnership with Russell, one of the longest sponsorships in British motor sports, was beneficial for the company and helped us work with some of the UK’s largest motor companies early in the company’s history. Thanks to this monumental sponsorship, Russell became a friend of the company and most recently was a special part of the Andrews 50th anniversary celebrations in 2015 – present alongside the famous Opel Manta 400. A year later, the Andrews Heat for Hire branding returned to British Rally as the company partnered with highly rated driver Chris Ingram, this partnership all started with an introduction from Russell.

Serving as a permanent reminder of the success both Russell Brookes and Andrews Sykes has enjoyed over the years, these vintage cars driven by such a championship driver allow us to look back and acknowledge the significance of such a record-breaking sponsorship agreement, and how Russell lived his life serving as an inspiration to many devoted to the heart of rally motorsport. 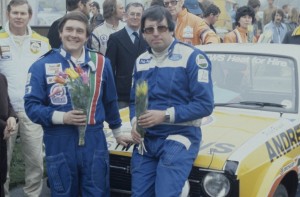 John Andrews, founder of Andrews brand “I had the good fortune to meet Russell Brookes in early 1974 which was the 10th year of trading for the Andrews Company. A raw sponsorship deal was agreed for our Anniversary Year with inevitably a bonus if he won that particular domestic Rally Championship. What followed was 17 years of highly successful Motorsport Sponsorship which I believe was at the time a record. His success was mirrored by the Company’s growth and increasing public awareness. The Andrews Heat for Hire rally car colours are still an iconic record within Rallysport and indirectly continue to promote what is now the Andrews Sykes Group internationally.”

“Russell’s determination to win, whatever the challenge, was an inspiration to us all. He was a great ambassador for the Andrews Heat for Hire business both behind the wheel but also everywhere he went, meetings, after dinner speaking,  exhibitions and open days. Russell involved himself in the whole Andrews business and was popular with all our staff. He was always most approachable to anyone and willing to share some of his precious and sometimes hairy experiences with them. He set life examples to us all of guts and determination, prudence, lateral thinking and loyalty. He was simply a Sponsor’s ultimate dream who became a very good personal friend together with his family. The world is a poorer place for his loss but very much the better for his life.”

Our thoughts are with Russell’s family and friends at this time and we will forever be proud to be associated with an icon in Russell Brookes.