The winter months are notoriously busy for Andrews Sykes, and our involvement with several planned and reactive projects during this period have been picked up by the BBC!

In September 2015, the company announced that we had been assisting building contractors with the construction of the new Queensferry Crossing – a £1.4 billion development funded by the Scottish Government.

Our Pumps were expected to be required for approximately 12 months and used to help counterbalance barges transporting materials across the Firth of Forth. A BBC News update published online towards the end of January documents the progress up till now, and eagle-eyed viewers will notice our branded GP150M units at several stages of the broadcast!

Billed as Scotland’s “largest infrastructural project for a generation”, the 2.7km cable-stayed road bridge will alleviate congestion along the M90 upon completion later this year. 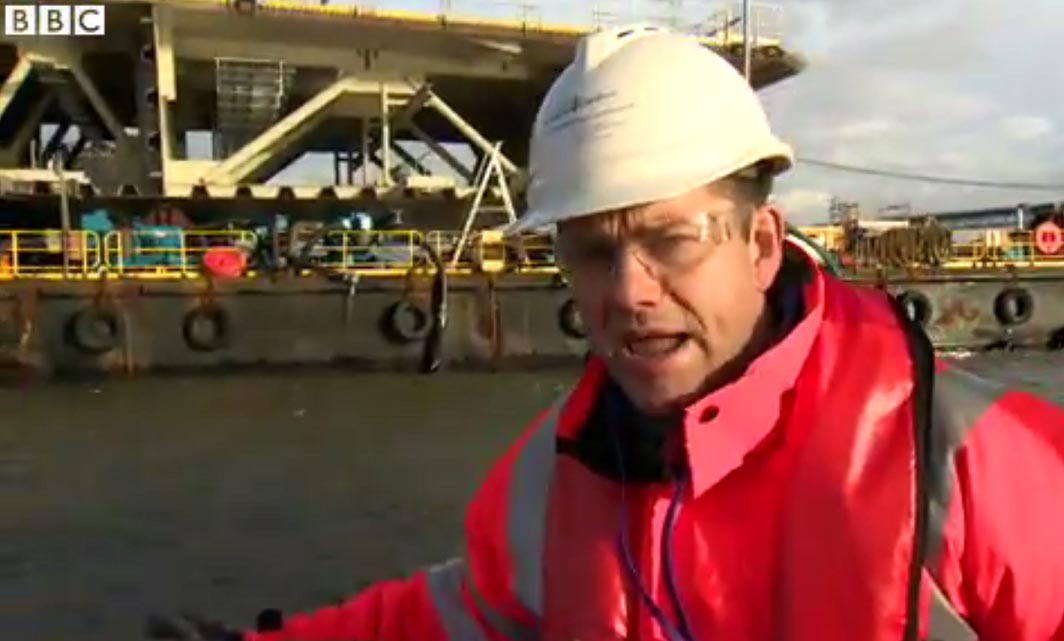 Sykes Pumps also featured in the BBC series Sea Cities, when our units were used to load a gas module weighing 620 tonnes onto the back of a levelled vessel. The component – the last of its kind to be manufactured by OGN – took over a year to build before being loaded onto a barge on the River Tyne.

Failure to ballast the craft correctly could have led to a multi-million pound structure being damaged ahead of its planned delivery to Norway – a scenario that was thankfully avoided without any trouble! The clips demonstrate the important role pumps play in offshore procedures, in this instance enabling a historic assignment to be carried out with great success. 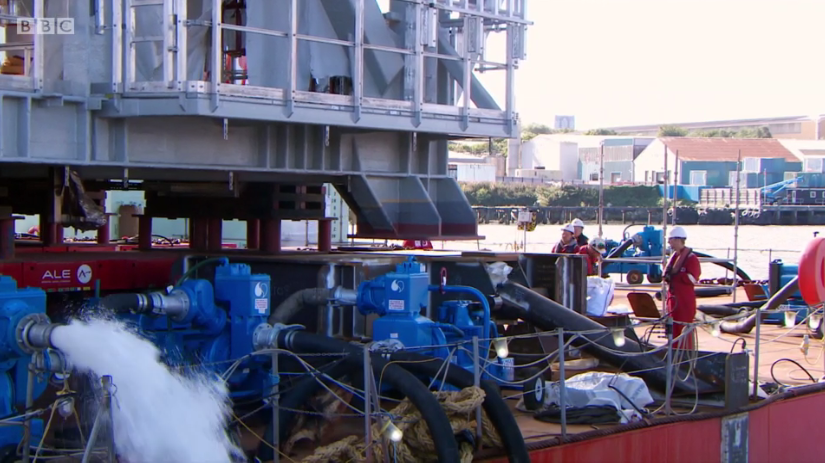 December 2015 will be well-remembered in the North of England for the severe rainfall and subsequent flooding that brought much disruption to a number of regions. The Environment Agency issued 17 flood alerts across Northumberland alone, with thousands of businesses and residents hit by the extreme weather.

Sykes Pumps maintained a heavy presence in the area following the arrival of Storm Desmond, offering recovery aid on a massive scale to thousands of people at a time. One of the worst affected settlements – the ancient market town of Cockermouth – was left submerged for days and therefore the focus of a monumental clean-up scheme that involved drying properties individually.

This objective was unsurprisingly dependent on the provision of dehumidification equipment – something we at Andrews were able to deliver immediately. The gravity of the situation was once again captured by the BBC on Countryfile, with presenter Matt Baker visiting a number of distressed locals in the direct aftermath of the floods.

During the filming, he is seen entering a house stricken by dampness with one of our building dryers in the living room! The landowner jests that the dehumidifier’s operational noise represents the “sound of Christmas” – a comical reference to the impact our unit has had on improving the building’s general condition! 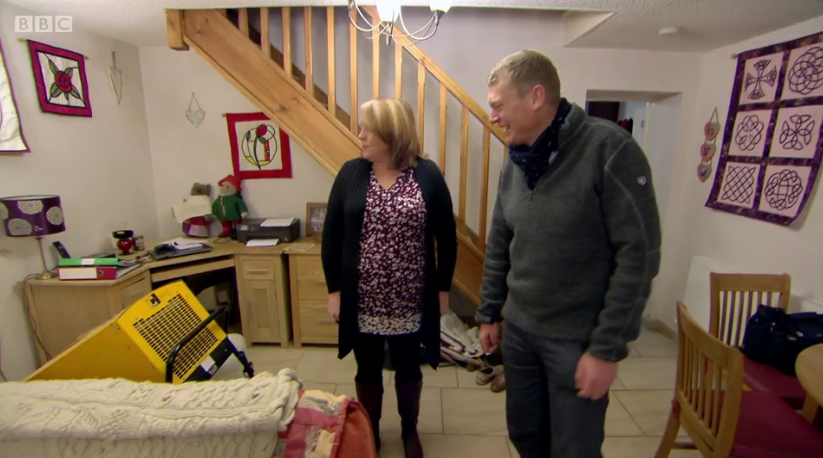 At Andrews Sykes, we pride ourselves on being able to supply customers with premium hire solutions particularly when emergency strikes. The footage above perfectly encapsulates our ability to react quickly and implement suitable packages to suit virtually any application.

For more information on our products and services, and how they might benefit you, call today on 0800 211 611.