As Andrews’ 50th anniversary celebrations now reach the latter stages, it was perhaps fitting that we were able to sponsor the match between Wolves and Charlton that took place during the last weekend of August.

Once again senior directors and employees descended upon the very city in which the company was originally established, with founder John Andrews also attending as special guest for the afternoon. Even now, Andrews Sykes retain strong links with Wolverhampton and recently moved our headquarters from Darlington Street to state-of-the-art premises nearby in St. David’s Court. 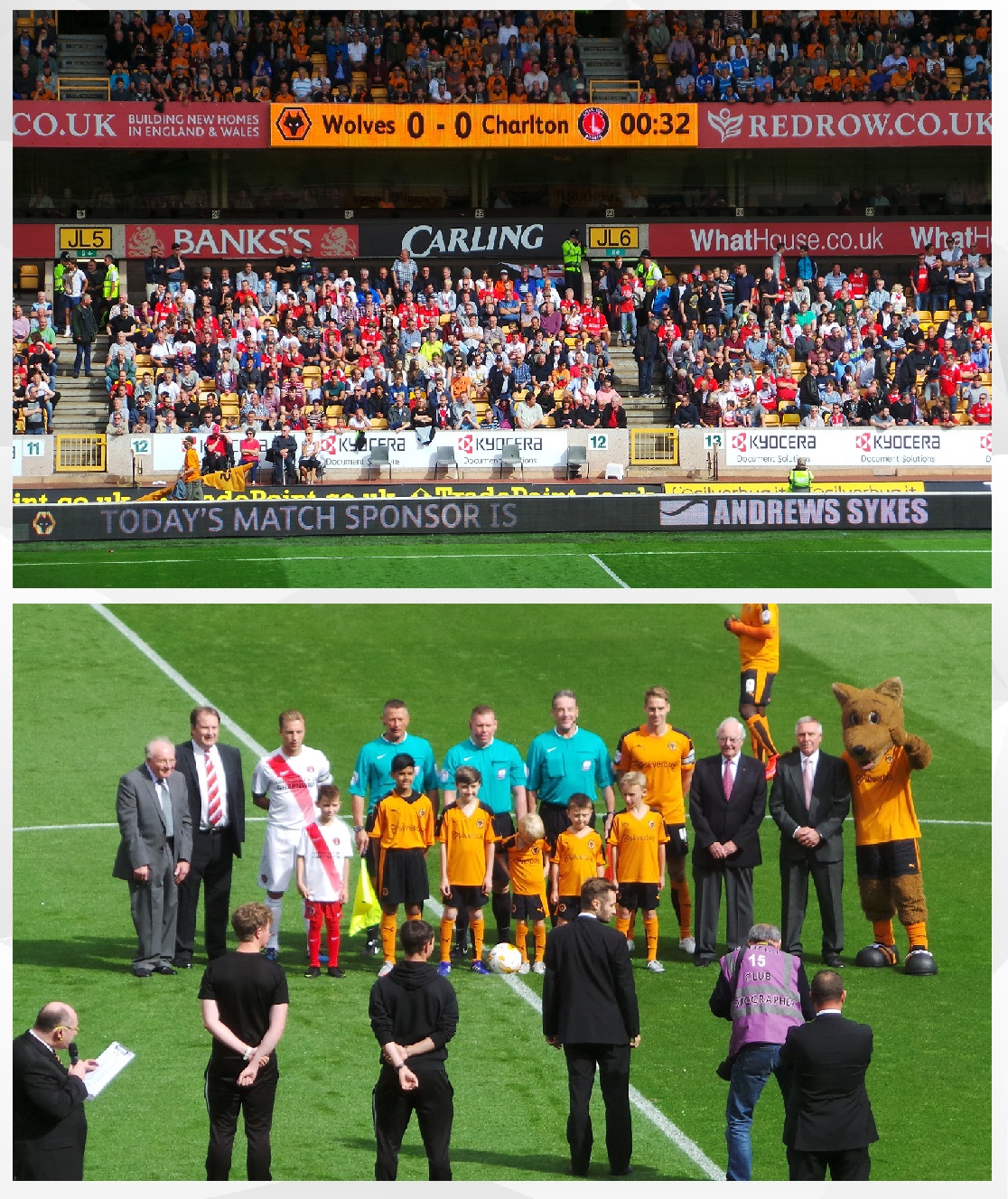 South East London remains home to our flagship depot, however, and ties with the area have been strengthened in recent years by our backing of the local football club – Charlton Athletic. Their encounter with Wolves was therefore the perfect opportunity to take stock of the past half century and mark the occasion by sponsoring the match.

The hosts eventually ran out 2-1 winners in what was a closely fought contest, with Wanderers winger James Henry presented with his Man of the Match award by longstanding employee Michael Piper.

As well as a thrilling game of football, all present were treated to a wonderful meal and the chance to reminisce about the firm’s past struggles and triumphs.