Trust CEO Jason Morgan MBE met with our senior management team to sign the contract in July, and they were joined by former Charlton player Bob Bolder – who now runs goalkeeping courses for children in the Kent area. 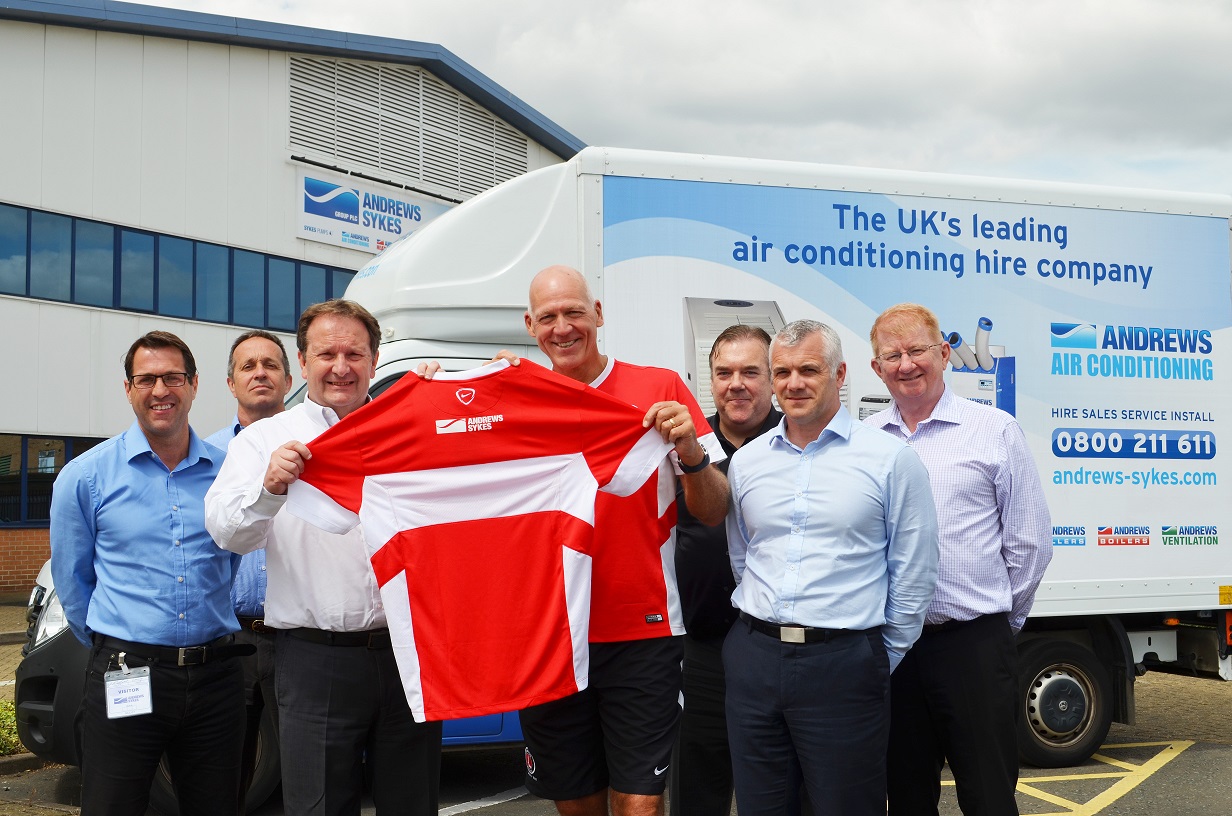 “They’ve been a big supporter of our work in the community for a long time now and it’s great to have the continued support from a local organisation like theirs.

“Andrews have also agreed to support next year`s concert which is hosted by Dave Berry at the Indigo2 and follows on from previous successful events held at the venue.”

Paul Wood, Managing Director at Andrews Sykes, said: “We are delighted to continue our partnership with the Community Trust, which allows us to extend our close relationship for another two years.

“As a company, we’re very proud to be associated with an organisation that does great work in our local community and look forward to supporting the many initiatives they run throughout London and the South East.”

Following this announcement, we are also pleased to pledge our support to the Community Trust’s annual Fun Day, which this year takes place on Saturday 30th July. As official sponsors, Andrews Sykes will be present throughout the afternoon and look forward to running our famous shooting competition – which proved extremely popular among young football fans last year!