Glasgow is hosting the world’s only original skeleton of a Tyrannosaurus Rex at a public exhibition in Kelvin Hall – and Andrews Sykes have been called in to help!

The 39ft-long T.rex weighs the same as four Mini Cooper cars and has arrived in Scotland on the last stop of its eagerly awaited European tour.

Like a lot of priceless artefacts, the T.rex’s skeleton must be held in a monitored climate-controlled application for preservation purposes, with Glasgow’s Kelvin Hall the chosen location.

A project of such magnitude is understandably the subject of much scrutiny, which is why it was so important that organisers approached a professional company regarding the supply of suitable climate control equipment.

Fortunately, as reputable suppliers based nearby, Andrews Sykes were entrusted with devising a solution that could operate unobtrusively and safeguard the skeleton’s condition while the exhibition was open to the public.

Following a consultative meeting with the client, a design criteria of maintaining a temperature of 18°C +/- 2°C and holding a relative humidity of 50% RH +/- 5% – with a continuous air flow within the temporary structure –  was agreed. After an extensive site survey, an Andrews HPAC 90 high capacity heat pump air conditioning unit combined with a DH150 refrigerant dehumidifier was selected to meet the demanding criteria. 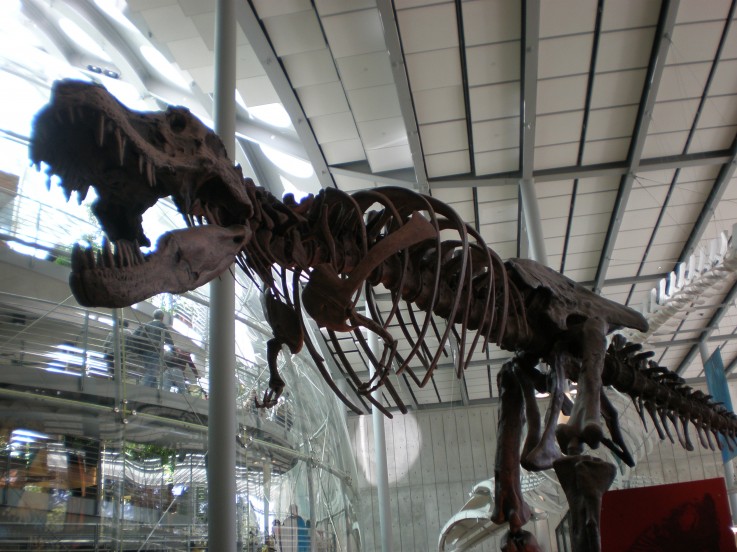 Situated externally, the HPAC 90 was fitted with lengths of ducting which were used to distribute large volumes of cool air throughout the gallery. This arrangement was ideal for keeping internal temperatures low and operated simultaneously with the drying unit to keep relative humidity at a desirable level.

To give the customer additional peace of mind, we also installed a number of dataloggers within the building which offered up-to-date temperature and RH readings at a second’s notice. This provision enabled preordained high and low points to be established with alarm alerts scheduled in the event that conditions changed unexpectedly.

Shortly after installation, one of our regional experts revisited site to ensure all equipment was running properly ahead of the grand opening. Unsurprisingly, all kit was operating as planned, with the exhibition due to continue until the end of June.

From Andrews Sykes’ perspective, at least, the project has been a roaring success!