As has become somewhat of a May tradition at Andrews Sykes, members of staff once again took part in an annual football match at The Valley following previous years of success. Logistical difficulties meant there could be no rematch between the English and Dutch branches of the business, but there was sufficient interest from the company’s southern-based employees to produce two competitive squads.

Given that our Charlton depot is located just a few hundred yards from the football ground, it was perhaps inevitable that the majority of the players who took part were also based locally – creating an added spice! 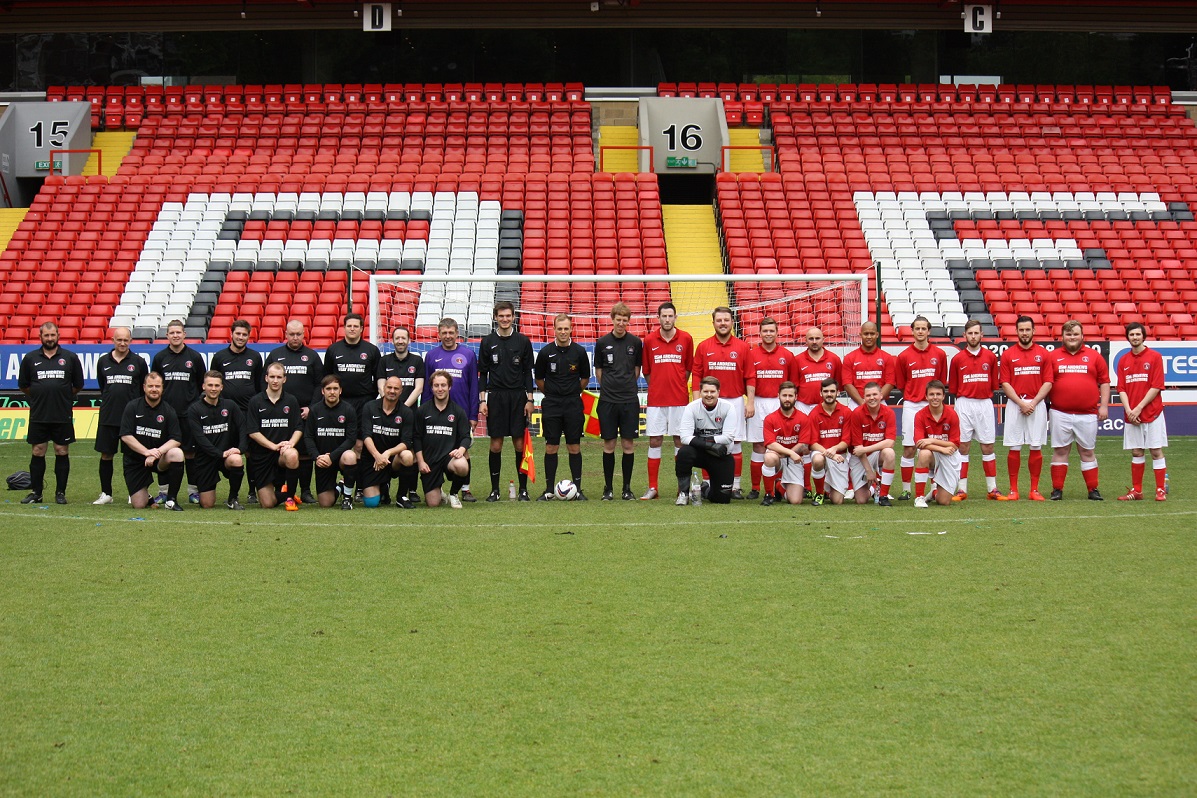 The home side (pictured in red) were mainly comprised of people working in the company’s contact centre and marketing department, with the opposition team predominantly made up of engineers and technicians.

The game was played in good spirit and closely-fought for large spells, with the eventual 5-1 score line hardly conveying the full story! Those who took part were then joined by friends and family in the lobby at full-time, capping off a great afternoon enjoyed by all present.