At the weekend Andrews Sykes Hire successfully supported the highly anticipated derby contest between Charlton F.C and Millwall F.C, raising awareness for the Street Violence Ruins Lives campaign. Players from both teams wore one-off t-shirts proudly donated by the company to support the campaign, The Rob Knox Foundation and The Jimmy Mizen Foundation. 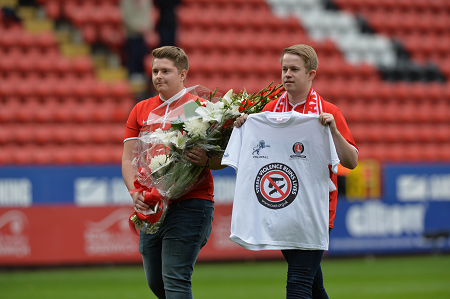 Ross Wood, who was one of the Charlton representatives described the day: “We were very proud to represent the company and to help raise awareness for the three charities, as well as remembering the lives of Jimmy Mizen and Rob Knox.”

Although the day was set out to be a feisty south London derby, differences were put aside before the game as both teams commemorated the boy’s lives.