To start the year off on a positive note, we have continued to nurture our ongoing relationship with the Aaron Lewis Foundation. In late 2022, we pledged to make a Christmas donation of £5,000 and are very proud to support this wonderful initiative.

The Aaron Lewis foundation was set up in 2010 in memory of Aaron Lewis, who was tragically killed at the age of 26 while on an operation in Afghanistan. The charity initially began as a small forum for friends and family raise funds in Aaron’s memory. With unity and teamwork at its core, the charity grew rapidly into the principle funding source for the Commando Gunner Memorial in Plymouth. With funds still being donated after the memorial was completed, it became viable to create an all-volunteer charity which attained charitable status in 2013.

Since then, they have supported an incredible number of causes and individuals throughout the UK. Following Aaron’s passion, the charity’s mandate is focused on promoting health and well-being. This doesn’t stop at military ventures – as well as assisting serving personnel and veterans, the foundation is also dedicated to supporting worthy cases in Aaron’s home county of Essex.

Steve Fraser MBE, a trustee of the foundation, said: “This year, we have already agreed to support two injured veterans with complex and costly mobility equipment, and we have just started talks with a national disability charity for children to help several families in Essex.

“These projects alone will consume nearly £25,000 of our funds, so donations like this from Andrews Sykes make a huge difference to our ability to keep helping in Aaron’s name.”

It goes without saying that we are delighted to play a small part in enabling the Aaron Lewis Foundation to continue making a positive difference in people’s lives.

To find out more about the Aaron Lewis Foundation – or to make a donation – please visit their website: http://www.aaronlewisfoundation.org.uk/ 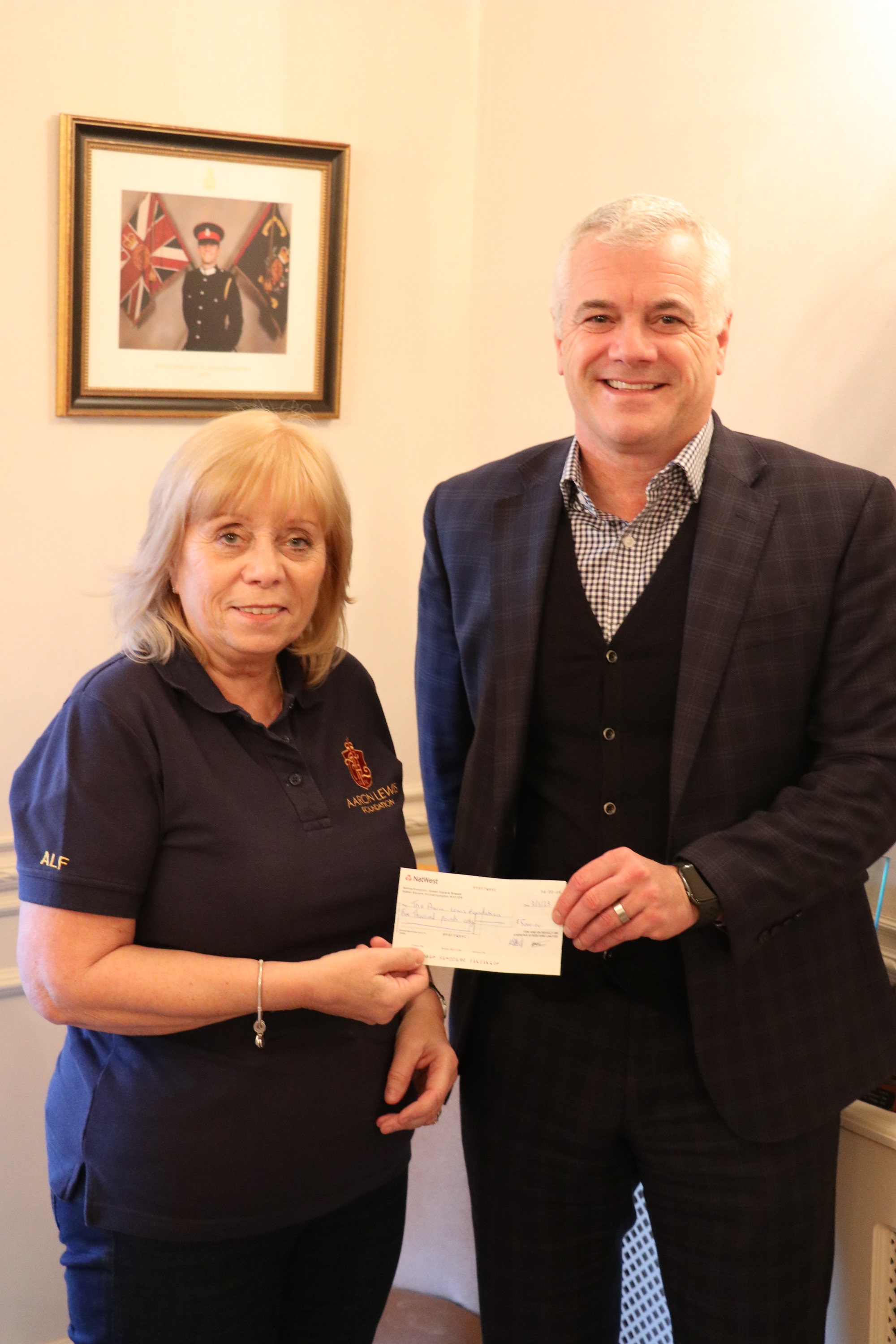