Charlton Athletic, who are sponsored by Andrews Sykes played host to a different type of fan last Sunday morning. David Beckham was in attendance at the CAFC training ground to watch his son Brooklyn debut for a Queens Park Rangers Academy team that played  against  Charlton’s U14 team. Although a cracking game of football was in progress, Beckham senior stole the spotlight with parents and players equally excited by the presence of the former England Skipper. Former Chelsea star Denis Wise was also In attendance to watch his son play in the same team as Beckham’s, however the proud fathers could not help the result as the young Addicks defeated QPR  two goals to nil. 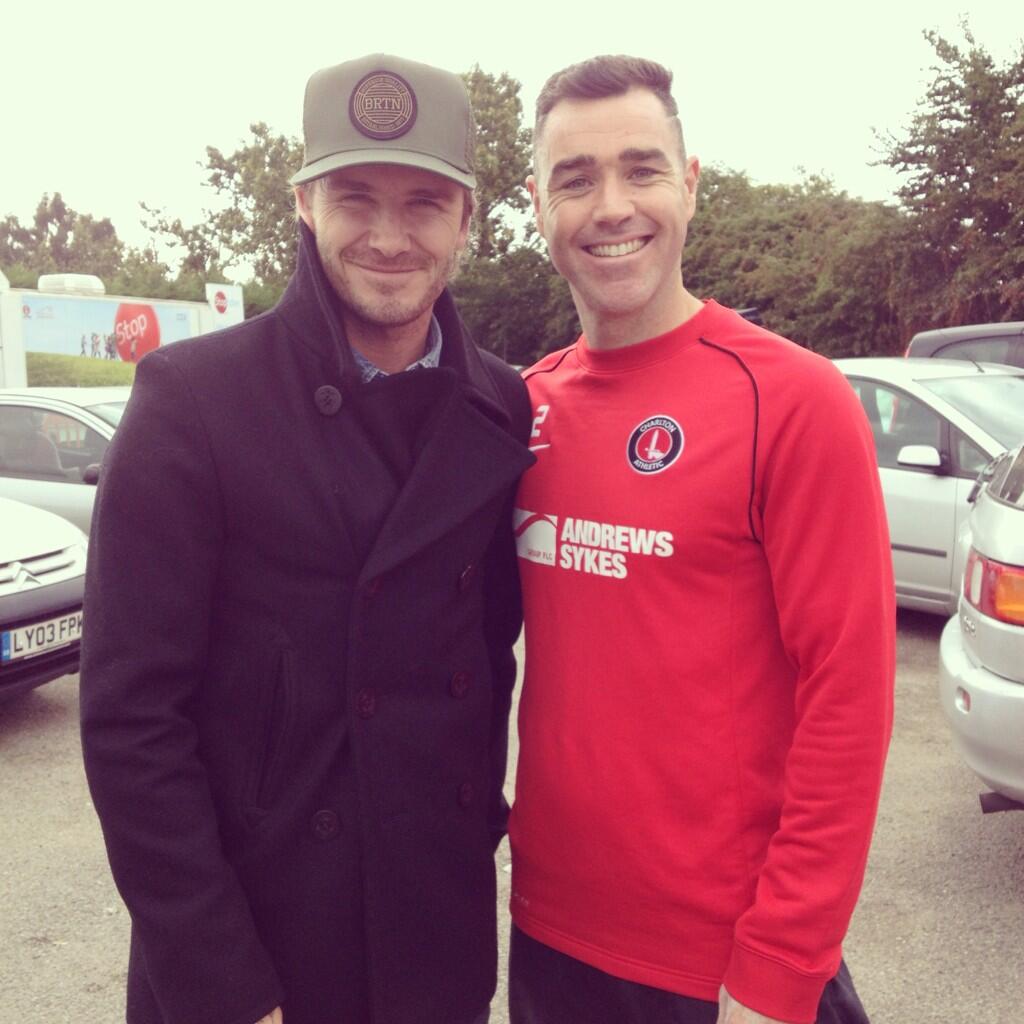 The parents and youngsters weren’t the only people excited to see the global superstar Beckham, as Charlton’s veteran Midfielder Andy Hughes posted the above picture on twitter. Joking that Beckham was a fan wanting a picture with him. Hughes most likely was not the only Charlton senior player to be caught up in the buzz; posing in picture such as this while also showing off the Andrews Sykes brand in his photo with the icon.