When burst pipework at a large Fleet Street office building caused a communal canteen area to flood, the mechanical services company responsible for the premises contacted us in search of some hired drying equipment. Although the damaged pipework had been addressed, there were concerns that the subsequent flooding could affect the interior’s surfaces unless restoration could begin immediately.

The incident occurred towards the end of the working week, presenting us with an ideal window over the weekend to tackle the issue while the building was unoccupied. Naturally, much of the dampness was by now beneath the floor as water had seeped through. This could have been problematic, but the client decided to cut a series of holes in the floor itself to ensure that the void below was dried properly. Failure to do so may have compromised timber joists and increased the likelihood of mould growing, so it was crucial that the whole area was desiccated. 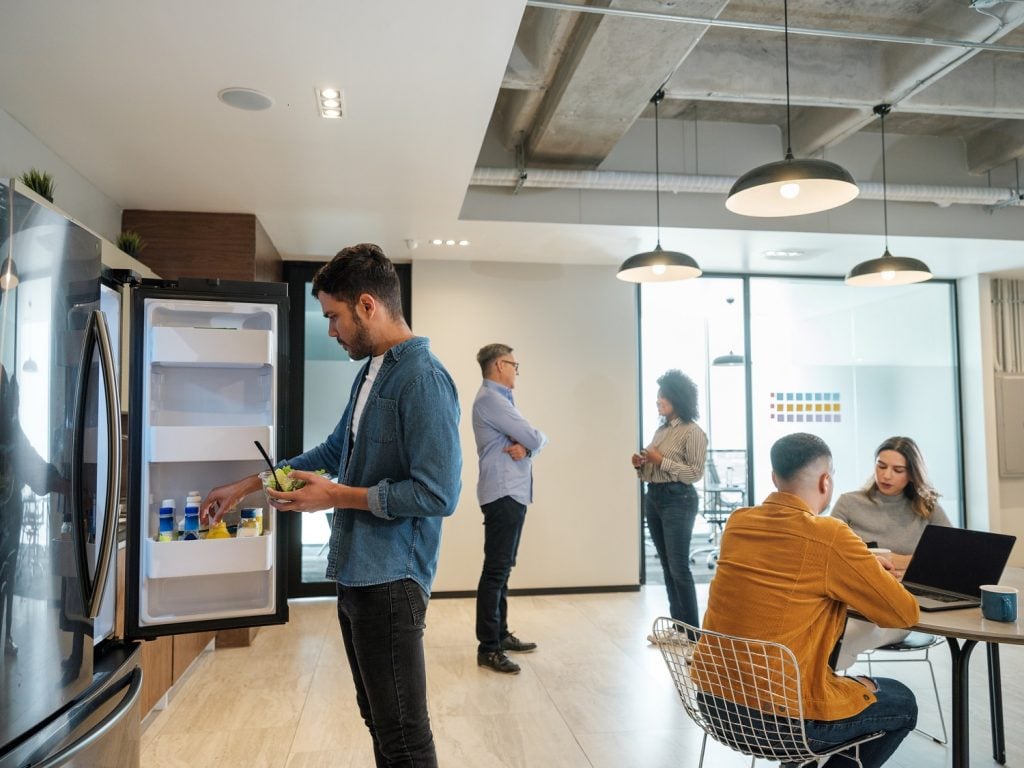 Our regional engineer recommended deploying two KT190 dehumidifiers at ground level and using lengths of ducting to penetrate the floor beneath. Each unit has a maximum extraction rate of up to 18 litres per 24 hours of operation, with both functional for extensive periods to ensure the moisture was effectively removed.

We specifically proposed this model of dehumidifier because of its low power consumption and ability to work automatically, negating the need for constant supervision once in use. Our two units were collected from site once the job had been successfully completed, prompting the customer to patch the holes in their floor and reopen the canteen before the next working week commenced.