When the world’s largest genetic modification company was in the process of building a new office block, Andrews Heat for Hire was drafted in to provide equipment which could quickly raise the temperature on site.

The contractor in charge of the project required a short-term heating solution to assist with laying floors which they were struggling to do due to low ambient temperatures. 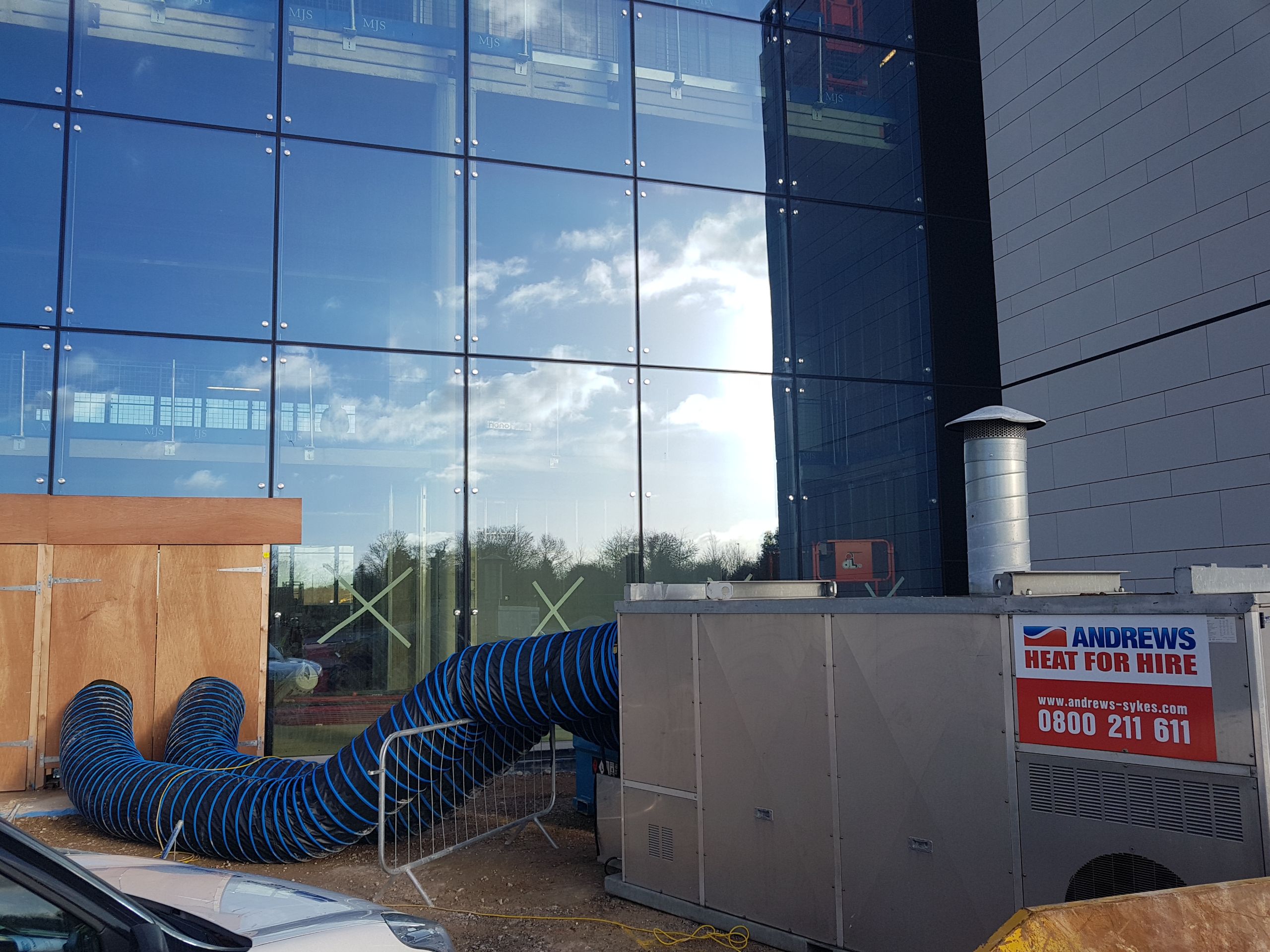 An Andrews heating specialist conducted a survey of the area within hours of initial contact and subsequently proposed an appropriate heater hire package consisting of three high capacity FH4000 oil heaters. Each unit was accompanied by a 3000-litre fuel tank to facilitate continuous operation during a critical stage of the project.

Thanks largely to the swift service of our engineers, temperatures on site were raised to the requested 13°C which meant all flooring was laid and dried correctly. This action saved the customer thousands of pounds by preventing possible delays and ensured the flood surface was perfectly flat at the first time of asking.