Andrews Boiler Hire was recently contacted in response to a critical situation faced by a hospital in Swindon. A boiler failure left dozens of patients without any form of heating and with no backup system available on site, a temporary replacement was required. The facilities management company responsible for overseeing the premises subsequently contacted Andrews and asked us to remedy the issue.

The incident took place during the early hours and required a punctual response. One of our local engineers visited the scene in order to carry out a site survey and assess the affected area, all within an hour of the initial call being received. This process was further aided by a conversation with our client while the engineer was actually en route to the hospital, providing our specialist with a clearer idea of what to expect once they reached the location.

As the customer’s existing pipework remained unaffected, it was decided that connecting one of our packaged boilers to the circuit would be the best course of action. We selected a single 250kW boiler unit to supersede the customer’s faulty unit, with this model providing an adequate heating duty to cover the whole area affected by the breakdown. 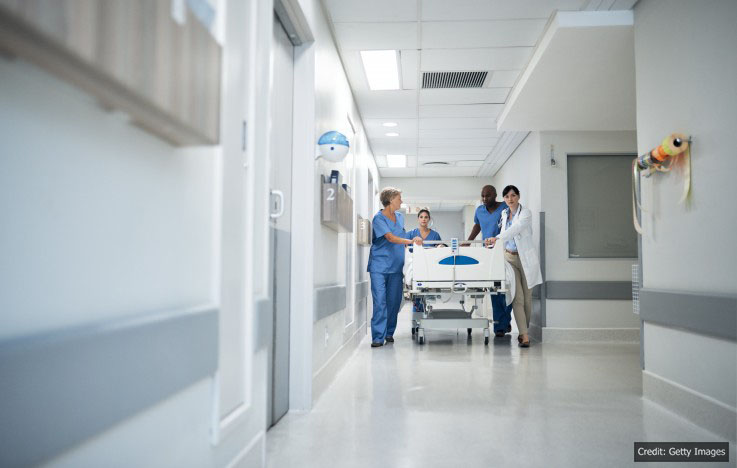 Were we not able to respond and provide a solution to the problem being faced, greater issues would have arisen including patients being left without ample attention and an increased likelihood of people needing to be relocated to other departments. This would have led to staff reserves being depleted – a situation that had to be avoided at all costs.

The solution we supplied was based on a temporary hire of six weeks which allowed the FM company responsible for the faulty boiler to disable their system and decommission it for repairs. Our client was very pleased with the speed of our response which ensured a replacement unit was installed and operational by lunchtime that same day.