Andrews Air Conditioning were delighted to sponsor the Charlton Athletic Community Trust’s charity gig for a second successive year– this time headlined by Manchester pop rock group Rixton. The event was staged in Greenwich and attended by a near sell-out crowd, as thousands flocked to the Indigo at the O2 in spite of city-wide Tube strikes.

The lucky winners of our various competitions had the chance to meet the musicians as well as a number of Charlton players who also turned up on the night. All were very happy to mingle with guests and pose for photographs in the VIP lounge – with our paper fans once again getting in on the act! 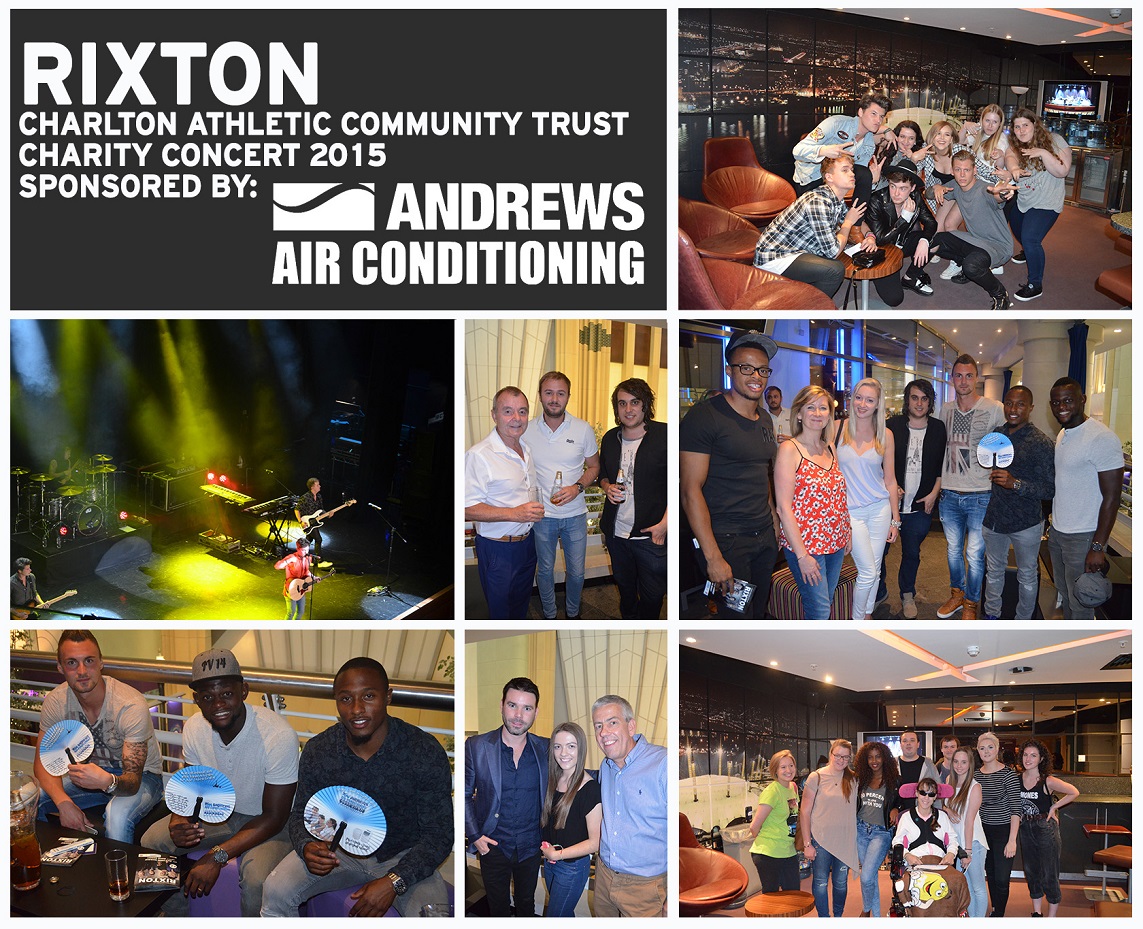 Jason Morgan MBE – who founded the Community Trust over 20 years ago – thanked everyone present for getting involved and quipped that although he wasn’t sure if there would be a similar concert next year, circumstances would inevitably dictate otherwise!

His acknowledgements were then followed by two hours of fantastic musical performances, with all proceeds from the evening going to a wonderful local cause.