More than 4,500 athletes are competing in the 2018 European Championships, which is being co-hosted by Germany and Scotland. The continent’s biggest multi-sport event sees most of this year’s action take place in and around Glasgow during the spell in which regional temperatures are typically at their highest.

Organisers were quick to source cooling equipment prior to the Championships’ commencement on August 2, with a range of applications requiring temporary air conditioning.

As a result, Andrews Air Conditioning was contacted by those responsible for the logistical planning – including Glasgow City Council – prompting the installation of our units in various locations across the region.

More than 40 portable Polar Wind air conditioners were deployed inside commentary boxes, judging panels and media facilities, including the BBC’s own broadcasting station. 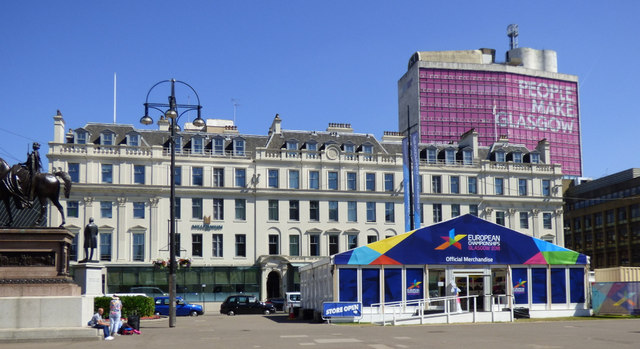 Our high capacity PAC 22 units were required to ensure temperatures remain cool in all changing facilities, which is obviously of huge benefit to the participating athletes.

Away from the competition itself, a spike in visitors to Glasgow prompted local hotels and restaurants to also request our assistance – and we’ve been only too happy to help!

We’re very proud to be supporting one of the biggest events on the sporting calendar, keeping spectators, competitors, journalists and presenters comfortable in the process. As expected, the European Championships have proved immensely popular and successful and brought a great deal of excitement to locals and tourists alike, so we’re delighted to have done our bit!